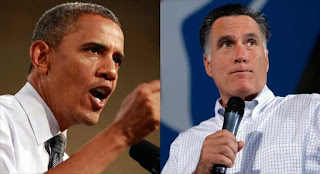 After I finish handling my civic duty, I'll be parked in front of the TV with notepad in hand checking out the final debate in Boca Raton, FL between President Obama and Mitt Romney.


The debate at Lynn University is supposed to be focused on the subject of foreign policy and will be moderated by Bob Scheiffer of CBS.   I have the suspicion that both candidates will do their best to sneak in commentary about domestic issues during this 90 minute battle.

And TransGriot readers, I implore you to have no drinking games based on how many times Mitt lies.  You'll be risking alcohol poisoning if you do.

I also wonder if the conservafools are going to attack Bob Schieffer before the debate starts like they did Martha Raddatz and Candy Crowley?

Yes TransGriot readers, just as I have done for the last three debates, I will post my thoughts and impressions about how it transpired around midnight CDT.
Posted by Monica Roberts at 12:00 PM