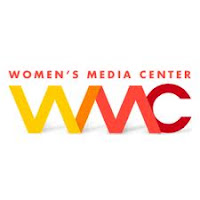 I wasn't nominated for this one (this time) but I do want to get the word out about this and get you to cast your votes before the October 29 closing date for one of the nineteen incredible bloggers, social media gurus, activists, and new media makers for gender justice.

The winner will be honored at the Women's Media Awards on November 13, 2012 in New York City.

I do have a tough choice to make before the voting closes .  I personally know four of the nineteen outstanding nominees for the Social Media Award. .

Pam Spaulding of Pam's House Blend,  Tamara Winfrey Harris of What Tami Said , Janet Mock of JanetMock.com and Kimberley McLeod of ELIXHER.com are all deservedly nominated in what is a high quality competition chock full of deserving winners..

You can cast your votes here and you can only do it one time
Posted by Monica Roberts at 10:00 AM