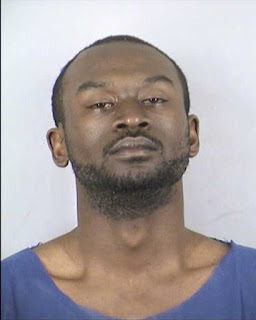 TransGriot Note: The reporters of this story either ignored or are unaware of the AP Stylebook rules for reporting on transpeople, so I'm rewriting it per TransGriot policy to conform with those standards.

Justice has been served in the case of another of my African-American trans sisters who was violently taken from us.

The family of Dee Dee Pearson in Kansas City, MO was in attendance Thursday as they watched the perpetrator of her Christmas Eve 2011 murder be sentenced.

Kenyan Jones was convicted of second degree murder and armed criminal action for Dee Dee Pearson's murder and will spend 30 years in jail for it.

Jones told police at the time he paid Pearson for sexual relations and became angry when he later learned Pearson was transgender.

According to court records, Jones saw the 31 year old Pearson hours later in the area of East 43rd Street and Troost Avenue and became angry about their prior sexual encounter. That’s when Jones obtained a gun from a party he refused to identify and approached Pearson in the area of East 46th Street and Troost Ave. Jones said he chased Pearson to the entryway of 1006 E. 43rd Street where he said, he “popped him.”

A witness described hearing four to five shots. Pearson died in the entryway of the apartment building where she was staying.

Pearson’s family said they forgive Jones who asked for their forgiveness in court.  But we can't forget the fact that Kenyan Jones is going to spend 30 years in jail for letting his transphobia overwhelm him.

This case is now closed and justice has been served.   We'll memorialize Dee Dee at an upcoming Transgender Day of Remembrance event near you.  But that still doesn't bring Dee Dee Pearson back to the family and friends who loved her.