Jenna Takes On The WHO's ICD Manual 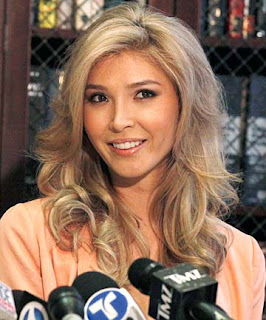 Specifically Talackova is targeting the WHO's listing of Gender Identity Disorder (GID) in the UN body’s International Classification of Diseases (ICD) manual..

The ICD is in its tenth edition and is used by doctors around the world.  Talackova has launched an online Change.org petition with the goal of getting the UN-based organization to remove GID from the ICD list of mental disorders.

The ICD-10 was endorsed by the Forty-third World Health Assembly in May 1990 and has been used in WHO Member states since 1994.

Homosexuality was removed from the ICD list in 1990 and the calls for the WHO to do the same for transsexuality have been getting louder in light of the fact that the ICD's 11th revision of the classifications has already started and will continue until 2015.

The May 2013 publishing date of the DSM-V manual in which 'Gender Dysphoria' has been proposed as the term to rename Gender Identity Disorder and it's being moved into its own category out of the Sexual Disorders one has also been an impetus for pushing the ICD change.  This is also important because insurance companies use ICD diagnostic codes when it comes time to bill for medical services performed.

In addition to Jenna's Change.org petition that has over 31,000 signatures at the time I compiled this post, there is a similar petition from Maxwell Zachs that also has over 31,000 signatures calling for the same thing.   There is also an International Day of Action for Trans Depathologization being planned for October 20 to continue to push the WHO and other medical organizations to cease considering trans people as mentally ill.

It's a direction that France took in 2010 when it became the first country to remove transsexuality from its list of mental disorders.    The European Parliament in a September 28, 2011 resolution called for the WHO to withdraw gender identity disorders from the list of mental and behavoral disorders, and to ensure a non-pathologising reclassification in the negotiations on the 11th version of the International Classification of Diseases (ICD-11)

The WPATH Board of Directors strongly urges the de-psychopathologisation of gender variance worldwide. The expression of gender characteristics, including identities, that are not stereotypically associated with one’s assigned sex at birth is a common and culturally-diverse human phenomenon which should not be judged as inherently pathological or negative. The psychopathologlization of gender characteristics and identities reinforces or can prompt stigma, making prejudice and discrimination more likely, rendering transgender and transsexual people more vulnerable to social and legal marginalization and exclusion, and increasing risks to mental and physical well-being. WPATH urges governmental and medical professional organizations to review their policies and practices to eliminate stigma toward gender-variant people.


My position is similar to WPATH.  Eliminate the stigma, but also ensure that GID removal is replaced with medical protocols and practices that allow for non-stigmatized health care access for trans people.

Only time will tell if the international trans community is success at getting GID removed from the 11th edition of the ICD, but thanks to Jenna and many other trans people and their allies around the world the momentum to make that change happen is starting.