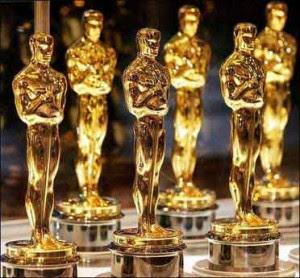 The 83rd Oscar ceremony was televised last night.   I kept myself busy with other productive uses of my time besides watching that melanin free awards telecast.

After talking to Renee of Womanist Musings last night, glad I did.

Seriously, a tribute to Gone With The Wind on a night in which African Americans were already pissed about having no Black actors, actresses or even behind the camera personnel nominated for Oscars?

Then you add insult to injury with a half azzed tribute to Lena Horne, one of our beloved performers and civil rights icons?


No wonder there's such crappy movie selections at the local multiplex these days.

Just hope Oscars 2012 is kinder to actors of color in Hollywood.     But then again I won't be holding my breath on that one.
.
Posted by Monica Roberts at 1:01 PM No comments:

You Shady Gay, Inc Peeps And Transgender Sellouts Have a Problem With Bloggers? 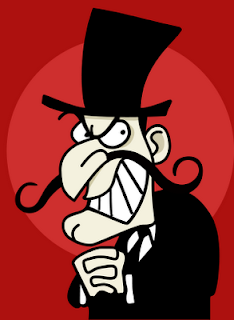 Had to chuckle when the word trickled through the trans grapevine that some  trans sellout leaders and their 'equality' organization handlers were more than a little upset about the firestorm of criticism we've stirred up over the worthless trans rights bill in Maryland.

Too damned bad.  I don't care.   I'm looking out for my community since your white run 'equality' organizations damned sure aren't and don't care about anything but 'all marriage all the time'.

If you 'equality' organizations and trans sellout 'leaders' have a problem with bloggers like the TransGriot and friends exposing your shady dealings and jacked up trans civil rights laws that won't protect anyone, there's a breathtakingly simple solution to not having me chew on your azzes on a regular basis.

Do the morally correct and decent thing.   Live up to your Dallas Principles and write and pass comprehensive trans civil rights legislation.   Amend HB 235 to correct the flaws and push that comprehensive bill as hard as you're doing the marriage one.   But then again, who am I kidding?   That's not in your nature to do so and I have a better chance of coming out of plastic surgery looking like a supermodel than seeing that happen. .

It's in your DNA to screw trans people, and y'all haven't been able to or have refused to do the right thing since the 1970's.

I've long ago concluded this is calculated, and y'all aren't that breathtakingly incompetent or stupid to write a trans rights bill that doesn't cover public accommodations.   If you are, this community needs to civilly sue you for committing civil rights malpractice.

We bloggers may not be able to stop from long distance this horrific monstrosity of a bill from getting through the Maryland legislature.   However, we do have tools at our disposal to ensure that if it does, your shady tactics in pimping this travesty of a law are exposed, it will be painful, and there's a record of how y'all screwed the trans community here and in perpetuity so the process in not repeated somewhere else.

So if you have a problem with me or any other blogger for calling y'all out, too damned bad.

Posted by Monica Roberts at 9:00 AM No comments: