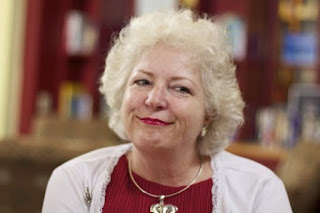 As if I needed any more stuff to add to the Mount Everest sized pile of evidence that irrefutably points out there are major differences between the two parties, this Tea Klux Klan member just gave me another one.

Central Mississippi Tea Party president Janis Lane was part of a Jackson Free Press interview RL Nave conducted with her and two other with Tea Klux Klan members.   It was already bad enough until this Phyllis Schafly wannabe dropped this gem in the tail end of it.

Lane: I'm really going to set you back here. Probably the biggest turn we ever made was when the women got the right to vote.


What do you mean?

Lane: Our country might have been better off if it was still just men voting. There is nothing worse than a bunch of mean, hateful women. They are diabolical in how than can skewer a person. I do not see that in men. The whole time I worked, I'd much rather have a male boss than a female boss. Double-minded, you never can trust them.

Because women have the right to vote, I am active, because I want to make sure there is some sanity for women in the political world. It is up to the Christian rednecks and patriots to stand up for our country.

Really?   You believe men aren't capable of being diabolical and in your words 'skewering a person'?  What planet do you live on?   Yeah, and I caught the dog whistle to the 'Christian rednecks and patriots.'

While we all have the right to vote, and Teapublicans who share her jacked up views aren't suppressing it for non-whites, time we exercise it on November 6 or whenever early voting starts in your locale to ensure that these people don't see another nanosecond in power.