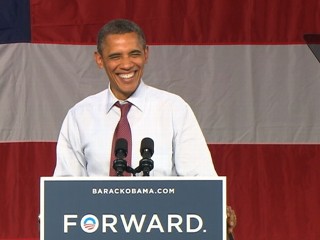 The format is a town hall style one with CNN's Candy Crowley as the moderator and 80 undecided voters,  but the stakes are even higher as Mitt Romney and President Barack Obama square off in the second of their three presidential debates at Hofstra University in Hempstead, NY.

The polls are back to being tied after Mittens lied his way to a bump in them after their first debate in Denver and VP Joe Biden eviscerated Rep. Paul Ryan (R-WI) in Thursday's vice presidential debate.

Add to this situation the fact we already have early voting going on in several states including the must win one for Romney of Ohio.    Texas gets to join the early voting party starting on October 22, the date of the last presidential debate in Florida.

We will see later tonight which 'Multiple Choice Mitt' shows up tonight.   Will it be the moderate one who has been MIA for the last two years as he tried to secure the Republican nomination or will it be the 'Severely conservative' one?

And you can bet President Obama will be ready to rumble tonight after being caught off guard by the surprise appearance of Multiple Choice Mitt.

Break out the snacks and get ready for one interesting 90 minutes of television that will have a bearing on who has the lead going into the final 2012 presidential debate in Florida.
Posted by Monica Roberts at 12:30 AM