More Journalism Breaking Out At CNN? 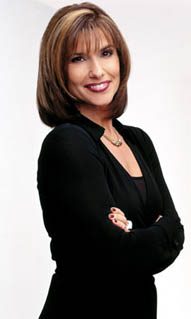 One of the things that has pissed me off about the 'mainsteam media' (CBS, ABC, NBC, and CNN) over the last decade is they routinely invite these right wing hatemongers on their networks for interviews, let them Etch-a-Sketch themselves as 'moderates' and never call them on the hateful crap they always say when they are in conservaworld.

CNN's Carol Costello had one of those moments of journalism when she simply read some of AFA hatemonger Bryan Fischer's words back to him and eventually cut off the interview when Fischer started going into incoherent rant mode.

And he's gone batturd crazy because she did.  Fischer called her a 'member of the Gay Gestapo' simply for doing her job.

Soledad O'Brien has been calling out the liars and conservaignorance lately and I guess the rest of her CNN colleagues are starting to follow suit.