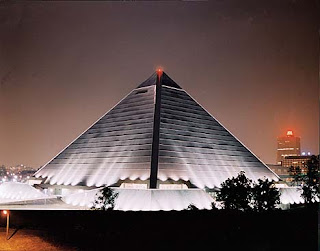 It wasn't looking good for this to happen last month after word leaked of an alleged secret deal to cut transpeeps out of the civil rights mix.

But the Memphis City Council did the proper civil rights thing and passed on a 9-4 vote an inclusive non-discrimination ordinance that has protections for disability, age, national origin, gender identity, sexual orientation and ethnicity.

It was sexual orientation only until Councilwoman Janis Fullilove proposed an amendment to the ordinance that added protections on the basis of gender identity that also passed 9- 4.

The only "no" votes on the gender identity amendment and the main motion to amend the city's nondiscrimination ordinance came from Memphis council people Wanda Halbert, Bill Boyd, Kemp Conrad, and Joe Brown.

And thanks to all the hate calls conservative Councilmember Reid Hedgepeth received because he voted in favor of the ordinance last time, he voted for this one as well.   Hedgepeth told the audience that harassment and robo-calls from the amendment's opposition, the Family Action Council of Tennessee (FACT) had only strengthened his resolve to vote in favor of the amendment again.

"One e-mail said 'I hope you and your family burn in hell together.' How is that for Christianity?" Hedgepeth asked.

Thank you FACT haters for flipping a vote to our side.

It was delayed 30 days to get legal opinions on whether it would violate the city charter. City Attorney Herman Morris gave an opinion that the ordinance would not violate the charter because it would strengthen an existing policy to prevent discrimination while the City Council Attorney asserted the proposed ordinance was unnecessary.

The 9-4 vote in favor of the ordinance set off celebrations amongst the Memphis rainbow community while the haters of the Family Action Council of Tennessee slunk out of the chamber in defeat.

The arc of the moral universe is bending toward justice for the TBLG community in Memphis this morning and I couldn't be happier for my trans brothers and sisters who live there.    .