Yo Hallmark Channel, Black People Fall In Love, Too

Last Saturday after watching my Cougars win their game against Alabama-Birmingham and Oklahoma run over Texas, I was college footballed out.  I'd already compiled my post for Sunday morning and decided to step away from the Net for a few hours and indulge my other passion. 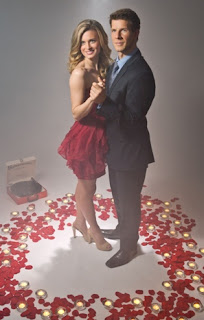 I'm an admitted romantic and love reading romance novels.   While flipping through the cable channels for something to watch other than the news or a sporting event I stumbled across the tail end of a romance movie on the Hallmark Channel that intrigued me called 'How To Fall In Love' starring Ugly Betty's Eric Mabius, Brooke D'Orsay and Kathy Najimy.

Mabius plays a shy photographer who enlists the aid of a dating coach to help him get over his wallflower approach to dating that has plagued him since his youth.   The dating coach (Brooke D'orsay) turns out to be a popular girl he had a crush on in high school that he hadn't quite gotten over a decade later.

While I liked the movie, which actually premiered on the network back on July 21 (and I won't tell y'all how it ends)  the next two movies including the one I watched that evening had the same glaring issue in terms of being overwhelmingly vanillacentric. 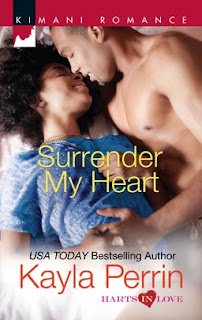 Hallmark Channel, far from being as diverse as it claims, definitely isn't.  The next two made for the channel romance movies also featured white peeps falling in love in various scenarios.

Hello Hallmark Channel, non-white people fall in love too.   Ever see the movie Hitch?   Ever read the books of one of my fave award winning romance authors in Kayla Perrin?

Maybe y'all should give Kayla a call and turn one of her novels into a movie.

Yes, Black people fall in love, get married, buy romance novels, and like watching romance movies, too.   It would be nice to see ourselves occasionally represented in your made for TV romances especially since we persons of colors are part of the 87 million homes that have Hallmark Channel as part of their cable package.

So can a sister at least occasionally get to see a romance movie that features characters that look like them and share their ethnic heritage?