This is the last weekend of October.   In addition to the 2012 election being in the home stretch, we are fast approaching the Trans National Holiday, AKA Halloween.

That's going to take place on Wednesday, and now only will you see young ghouls and goblins armed with large bags to collect candy, there will be a lot of parties held in which adults will wear costumes as well. .

It's time for this week's edition of the Shut Up Fool Awards.

Being it's election season had plenty of fools to choose from but lets narrow it down to some honorable mentions and this week's winner.

Honorable Mention goes to Mitt Romney...Every time he opens his mouth a lie comes out of it or something stupid that solidifies his front running status for the 2012 Shut Up Fool of the Year Award .

Honorable Mention number two goes to media ho Donald Trump for his attempt to engage in more birtherism before Election Day.   I'll let the POTUS summarize my feelings about it. 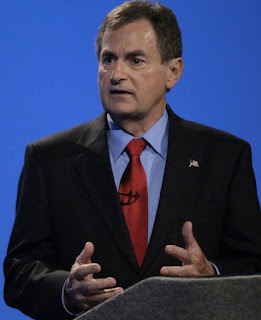 The winner is Indiana Teapublican US senate candidate Richard Mourdock, who opened mouth and inserted his foot in it during a televised debate earlier this week when he stated that if a woman becomes pregnant during a rape, “that is something that God intended to happen.”

What God are you talking about?  Conservagod?   I damned sure don't want the scary type of world that is your and other male Republifools wet dream (pun intended) and unfortunately exists in Latin America imported here to the United States.

Here's hoping the voters in the Hoosier State have the common sense on November 6 to kick his azz to the electoral curb.

And oh yeah, Richard Mourdock, shut the hell up, fool!