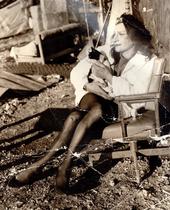 This is 1973 video of Sylvia Rivera speaking at the Christopher Street Liberation Day Rally despite attempts to silence her.

She pushed her way past rainbow community transphobes determined to keep her off that stage and still managed to grab the mic, have her say and be heard that day over a crowd that was hatin' on her.

That it the legacy that we trans activists living in the second decade of the 21st century must honor and live up to.

Here's the video of Sylvia's speech.

y'all better quiet down! from reina july on Vimeo.
Posted by Monica Roberts at 6:00 AM