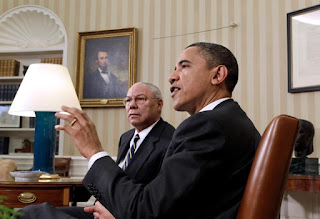 Former Secretary of State Colin Powell endorsed President Obama moments ago during an appearance on CBS This Morning.

"I voted for him in 2008 and I plan to stick with him in 2012 and I'll be voting for he and Vice President Joe Biden next month." Powell said to Charlie Rose and Norah O'Donnell.

Despite this huge endorsement and now doing so in 2008 and 2012, he says he remains a Republican.

"I think I'm a Republican of a more moderate mold," he said before adding, "That's something of a dying breed I'm sorry to say." 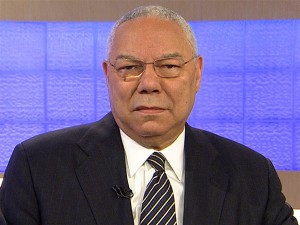 So are we, Secretary Powell, so are we.