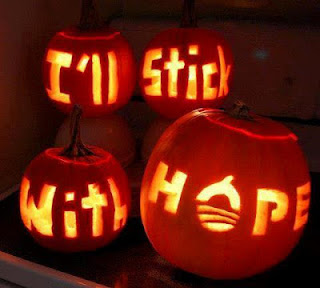 One of the things that sends shivers up my spine this Halloween is fast forwarding to November 6 and hearing the networks say, "We project Mitt Romney will be the next president of the United States."

I also don't want to see the FOX noise gloating that will ensue. 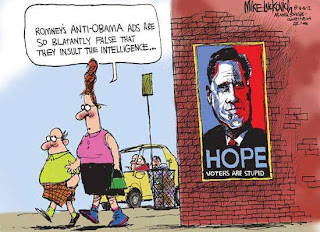 It is why you've seen the long lines of African-Americans at the polls enduring waits in some cases of several hours to do so because to us the prospect of hearing those words and what they mean long term scares me and other African-Americans to death.

We fear a Romney presidency for starters because he will fill the Supreme Court and our federal judiciary with Robert Bork-Antonin Scalia clones.   His domestic policies as Rosie Perez stated, suck and that's before we even get to discussing his clueless foreign policy.

No, Mitt Romney scares the hell out of me and many African-American in this country, and we definitely want 4 more for POTUS 44.