The Maryland primary election happened last night, and Dr. Dana Beyer was hoping to take another step closer to becoming the first open trans person elected to a state legislature.

Unfortunately it was not to be. In the Legislative District 18 race, which is in Montgomery County, MD there were a total of six Democratic primary candidates vying for the three Maryland House of Delegates slots for the November 2 election.

It's such a heavily Democratic district that Republicans don't bother to run candidates in it and the Dem primary winner usually moves on to the Maryland House of Delegates. 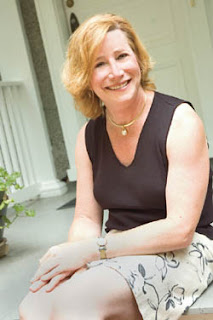 Dr Beyer stated in a Metro Weekly interview late Tuesday night, "The people who said they were going to vote for me didn't vote for me, so I'm clueless as to what happened," she said. "But I had data, which I trusted, that told me I was going to win.

Asked what went wrong, Beyer said she'd have to go through the results precinct by precinct to get a better picture of what had happened, but added, "I'm just gonna let it go for now. I'm gonna move on. But, it would be nice to know why."

While Dr. Beyer narrowly missed continuing on her history making quest to the general election ballot (and the Maryland House of Delegates), I hope she considers another run in politics soon. She would definitely be an asset to whatever body she serves on.

She is already serving as an inspiration to those of us who wish to take that next evolutionary step and get elected to public office. It's not a matter of if a transperson will be elected to a state legislature, it's when.
Posted by Monica Roberts at 10:00 AM