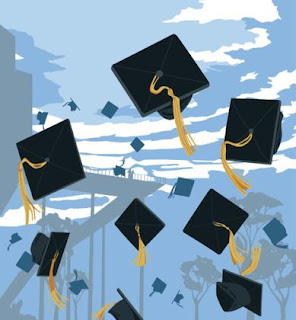 As transpeople continue to transition as early as age six, it means that some access issues and battles are now being fought out at the middle school, high school and college level.

A comprehensive survey of  LGBT students, faculty and staff at America’s colleges campuses was recently done and unveiled at at September 23 briefing hosted by the openly gay members of Congress on Capitol Hill.

What the survey does is blow up some myths about 'GLBT friendly' campuses.

The 2010 State of Higher Education for LGBT People reports on the experiences of nearly 6,000 students, faculty, staff and administrators in all 50 states. It shows significant harassment of students and a lack of safety and inclusiveness, even among those supposedly "welcoming" institutions.

And on the very day this survey was being unveiled, after a series of anti-gay incidents, students belonging to the University of Rhode Island's Gay Straight Alliance and GLBT Center staged a sit in to demand that the URI administration take immediate steps to protect LGBT students, employees and faculty on campus.

Here were the survey’s key findings:
• A quarter of respondents reported experiencing harassment. More than 80 percent of those said sexual orientation was the reason.
• Just under 40 percent of transgender respondents reported harassment and 87 percent of them blamed their gender identity or expression.
• A third of those surveyed have seriously considered leaving their institution because of the challenging climate.
• More than half said they hide their sexual or gender identity to avoid intimidation.
• More than a third reported they fear for their physical safety.

Not surprisingly, TBLG/SGL students and LBGT student of color felt even less safe because of the double whammy of racism and homophobia/transphobia.

So this survey tells us that we have much work to do in order to make our college campuses safe and comfortable learning environments for GLBT students.

That needed to happen on HBCU campuses for LGBT/SGL students yesterday, but that's another post..

The reality is haters, TBLG people aren't going away or back into the closet.   Deal with the reality that we exist and the fact that TBLG students want the same things out of our college experience that you do.

All we want is the ability to enjoy our college experience in as stress free a manner as possible, live our on campus lives without being harassed or assaulted and walk off the campus with our heads held high and a degree in hand.
.

Word. When I was a student I fought hard to get gender identity and expression into its nondiscrimination policy, gender neutral housing options, name change recognition and the administration has fought us every step of the way. A significant portion of the university STILL doesn't recognize me by my legal name despite having changed it almost a year before graduating!

My advice to anyone looking at which school to attend: find students and recent alumni who share an identity with you and ask them for their opinion - don't ask recruiters.