Time To Define Ourselves 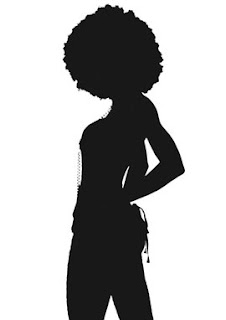 'If I didn't define myself for myself, I would be crunched into other people's fantasies for me and eaten alive.'

That quote from Audre Lorde pretty much sums up the mental space where a lot of African descended transpeople are right now.

Because of our lack of visibility, whitewashing of our history, and lack of inclusion into the leadership ranks of the trans community, we find ourselves in the first year of the second decade of the 21st century at a crossroads.

The lack of visibility for Black transmen and transwomen has created a void in which our kids struggling with gender issues and looking for trans role models who reflect their heritage don't have them readily available. We also face the problem of being pigeonholed in the 'tragic transsexual' role because we are taking the brunt of the anti-trans violence aimed at this community and mischaracterized and nothing more than female illusionists or sex workers.

The situation has marginally improved over the last few years, but it's not even close to what our white counterparts have in term of the multiplicity of transpeople of both genders they can point to as positive role models to counteract the negatives in addition to the community support infrastructure that has been built.

It's time for us to define ourselves. National Black Justice Coalition Executive Director Sharon J. Lettman-Hicks basically said the same thing at the 2010 State of the Black Gay Union event held in Atlanta.

"Black gay people are Black people first. Whether you are gay, straight, bisexual, transgender, questioning you are still Black first. So when we speak of 'our' people, we need to think of our entire community and bringing LGBT issues to the Black community. We need to create a Black LGBT agenda to move the bully pulpit forward."

And in that context, Black trans people need to do some hard solid thinking about who we are and where we fit in in this new Black LGBT agenda. We African descended transpeople need to make sure that we are taking a major leadership role in articulating our issues.

We need to ensure that any organization that claims to represent our issues is doing the job. We don't need to be or have time to waste being in a situation in which we are once again marginalized as a Black LGBT agenda is constructed and articulated to our African American family. We've been there, done that with our issues being marginalized in the white dominated GLBT community.

It's also past time we took back our images from other people and define them for ourselves. We need to demand balance and accuracy in terms of media portrayals of African descended transpeople. That will help us immensely in terms of dealing with the predominately faith based shame and guilt issues we've long needed to cast aside. 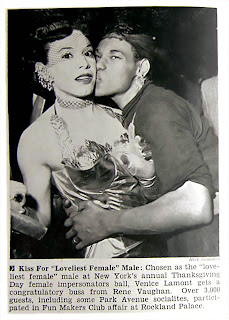 We need to reclaim our history and build an African descended trans community that is integrated with not only our Black GLB/SGL brothers and sister and cis allies, but the TBLG one as a whole. As we proceed we need to be adamant about the Black trans community's desire to be a major player in any coalition we participate in during this decade and beyond and not an ignored junior partner.

And finally, we need to stand up to the religious bullies and scientifically illiterate people inside and outside our community's ranks who insist on misquoting scripture and mischaracterizing us for their own political and economic gain.

It's time to tell them that open season on African descended transpeople is over.

To our cis women haters, you need to realize that we are here to be compliments to Black womanhood, not detriments to it. We are your allies and join with you in the battle to defend against the demonization of the Black female image. 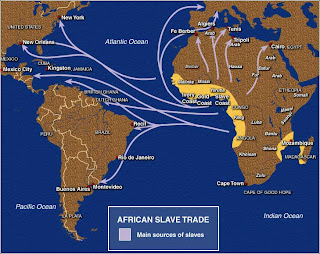 And finally, as children of the African Diaspora, we need to reach out to our trans brothers and transsisters who are struggling to do the same work on the Mother Continent, the Caribbean, Brazil, Great Britain and other lands across the Diaspora.

As they define themselves as transmen and transwomen in the context of their local cultures, we should listen to their concerns and help amplify their voices to our constituency in the States when asked.

African descended transpeople in this decade and beyond are taking this opportunity to let everyone know that we're sick and tired of people negatively defining us for their own nefarious purposes, and from now on we will define ourselves.

Because as Audre Lorde so eloquently stated, we've had enough of being crunched into other people's fantasies and eaten alive in them.
Posted by Monica Roberts at 11:00 AM