The Transteen Who Won't Be Homecoming King 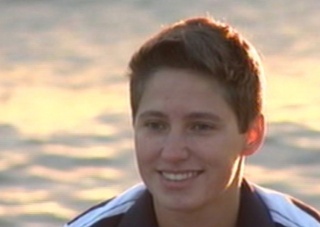 In any election, the guiding principle of it is if you get the most votes, you win.

That wasn't the case for a trans Mona Shores, MI high school senior.

Oak Reed is an honor student who decided to run for homecoming king and successfully campaigned on Facebook for it.  .

However, school administrators had other ideas

.
Citing that Oak was enrolled as a female student, they invalidated all his votes garnered in the homecoming election.    Not only is his mother upset about it, so is the Mona Shores High School student body.

"He was voted for homecoming king and, according to the votes, he should have been homecoming king, and it's just sad, and it just breaks my heart that all these people all voted and it was taken away, it was completely taken away from him," said Oak's mother.in a WOOD-TV story.

Oak's fellow students are also not too happy with the administrative decision as well, and are making their feeling known not only inside the hallowed halls of Mona Shores High, but on a Facebook page entitled 'Oak Is My King'.

Hope this situation resolves itself in your favor, and may the rest of your senior year be a great one.
Posted by Monica Roberts at 12:05 AM