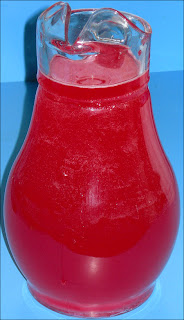 For you GLBT people who have ludricrously drank the Delusional GOP Red flavored Kool Aid and advanced the cow feces that the Democrats are the enemy of GLBT kind, y'all really need to wake up, smell the coffee and note that your enemy worships the Elephant.

Funny, I don't see any Democratic party platform that advocates criminalizing same gender marriage or your bedroom activities as the Texas GOP one does. I didn't see the GOP pass GOP friendly laws in the 12 years they had control of Congress and the eight years they stole the White House.

But yet' in GLBT Bizarro world, the Democrats are the enemies of the community. Because a few conservafools have said nice words about marriage equality, they are suddenly 'more friendly' on the issues than the Democrats who fought tooth and nail to keep the Federal Marriage Amendment from becoming the 28th Amendment to the US Constitution, have spent the last 22 months reversing anti gay GLBT policies, and passing GLBT friendly legislation such as the Byrd-Shepard Hate Crimes Bill?

How quickly you forget. But oh, I forgot, if it ain't marriage equality, DOMA or DADT repeat, it's 'crumbs'. 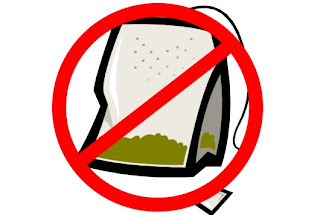 Buy a vowel and get a rainbow clue. The Republican Party hates you, and their Astroturfed Tea Klux Klan subsidiaries aren't much better. The sooner you get that through your heads and run to the polls this November to keep them out of Congress, the better.

Already posted about the Conservative Voter Guide an Ohio Tea Klux Klan group was putting together, now here's another reality check for you.

Peep this FB exchange that was posted on the Ampilfy Your Voice blog between Tim Ravndal, the now former president of the Montana Big Sky Tea Party and Dennis Scranton in which they make jokes about the Matthew Shepard murder.

Dennis Scranton: "I think fruits are decorative. Hang up where they can be seen and appreciated. Call Wyoming for display instructions."

Tim Ravndal: "@Kieth, OOPS I forgot this aint(sic) America no more! @ Dennis, Where can I get that Wyoming printed instruction manual?" 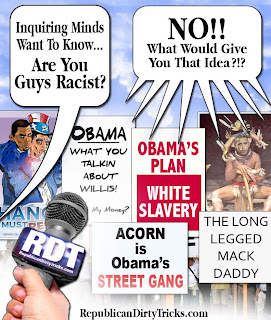 Ravndal was removed from the presidency of the group, but the damage has already been done. It's more evidence of the true nature of the Tea Klux Klan movement.

Tim and everybody who thinks like you, the America in which you vanilla flavored peeps could kill anyone you didn't like with impunity is thankfully long gone.

Those of us on the liberal-progressive side not only don't want to live in your neo Know Nothing, phobic, white supremacist flavored America, we don't want it making a comeback.
Posted by Monica Roberts at 6:00 AM