When GIEC Does Something Newsworthy-Then I'll Write About It 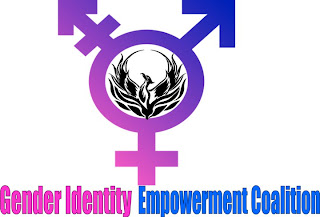 A week ago this comment from Henry Hall was caught in my filter.   It's concerning the posts I wrote about the unfolding GIEC mess..

It really is not good enough that Monica Roberts, Andrea James and Dented Mercedes stir up a hornet's nest and then ...

And then nothing. Silence. No resolution. No news. Nothing. People act like they are not involved. Well when you make a bunch of accusations you have a duty to follow through leading to a resolution in which we come to know who, if anyone, was in the wrong on this.

This is very bad for transfolk if the accusations are true, and very bad if they are false. But it is worse still if we never find out which.

Henry, the reason there's been nothing further posted is because there are no new developments to report on yet.   They still have the twice rescheduled date of the Trans Strategy Conference of October 1-2 that is rapidly approaching and still isn't on the Soka University events page for the month of October.


So chill.   Mine aren't the only eyes on GIEC in the transosphere  If something newsworthy happens, then I'll post about it and so will 'errbody' else..