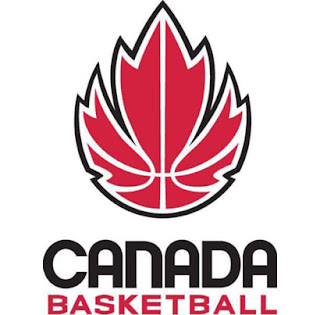 The FIBA World Basketball Championships for Women start in just a few hours and one of the things I'm looking forward to in this tournament is when my FIBA Number one ranked 2008 Olympic champion ballers finally get that opportunity in the crossover round to play Canada.

A certain Canadian had a little too much Molson's and was talking smack to me one night about how a Canadian from Ontario by the name of James Naismith invented the game of basketball.

Yep, he sure did. On American soil in Springfield, Massachusetts.

He may have invented the game, but we Americans perfected it, took the FIBA men's championship trophy that bears his name back to the States and are back to dominating the game at all levels. Our men hold championships at all FIBA levels of competition, did so without losing a game to international competition and are also ranked number one in the various FIBA classifications.

Team USA is only a FIBA women's title away from matching what 'the menz' did.

In the meantime, enjoy this video from the Canadian victory over Cuba in the bronze medal game of the 2009 FIBA Americas tournament as the countdown to your b-ball beatdown commences.

The good news is you caught one break by not ending up in Group B with us during the draw. The bad news is you ended in Group A with defending FIBA women's champ Australia, Belarus and China, and you start Group A play with the Opals.

So if Canada is one of the top three teams in Group A, Team USA will be waiting for you in the crossover round.

Looking forward to the upcoming basketball beatdown. USA! USA! USA!
Posted by Monica Roberts at 4:01 AM