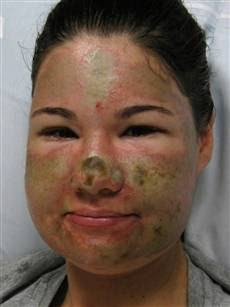 I was not surprised when I read the news report that Bethany Storro confessed her claim that an 'athletic Black woman in a ponytail' threw acid in her face outside a Portland, OR Starbucks was false.

Something didn't add up in that case from the start. Besides, Portland doesn't have a large African-American population base to begin with.

It's an over a century old pattern of behavior from whites we are tired of that in some cases has deadly consequences for us.

How many Black men were hung from trees in the late 19th and 20th centuries or Black neighborhoods and towns burned from riots triggered because some white woman falsely accused a Black man of raping her to cover up for the fact that some white kid was the one who did the deed?

If you think I'm kidding, let's just roll through recent history shall we? 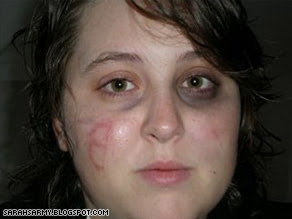 Let's go back to the 2008 presidential election, in which McCain campaign worker Ashley Todd claimed a Black mugger robbed her at a Pittsburgh ATM and carved a backwards 'B' on her face.

Then there was Susan Smith in Union, South Carolina, who claimed in 1994 she was carjacked by a Black man at a traffic light with her two kids strapped in the backseat. That lie led to ramped up racial tension in the city of Union and Union County before Smith confessed to her crime. 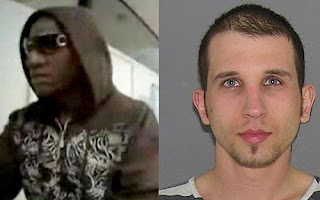 White males have played that game as well. Earlier this year 30-year-old Conrad Zdzierak robbed four banks and a CVS in just three hours in the Springdale, Ohio area by wearing a high quality $700 dollar silicone mask to make himself look like a Black man.

He'd commit the robbery, and take the mask off while driving his next target, confounding police on the lookout for a Black man. He was caught at a hotel because he failed to disguised his car.

At the same time Philadelphia Police Sgt. Robert Ralston claimed he was shot by an unidentified Black man in the city's Overbrook section. The lie triggered a manhunt in West Philadelphia for the alleged MUBM (mysterious unidentified Black man) perpetrators, led to an arrest and inflamed racial tensions in the city. He admitted a month later he fabricated the entire story and had shot himself. 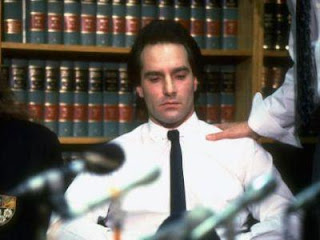 On October 23, 1989 Charles Stuart drove into a predominately Black Boston neighborhood with his wife Carol, shot and killed her with a gunshot to the head, shot himself in the abdomen, and claimed a MUBM did it. That lie, like Sgt. Ralston's did, inflamed racial tensions in Boston and triggered a citywide police dragnet that pissed off the Black community. William Bennett was arrested on unrelated charges and fingered by Stuart as the perpetrator before Stuart's story fell apart. After confessing his crime to his attorney, Stuart committed suicide on January 3, 1990.

The depressing regularity of these stories not only speaks to the racism that still infects our society, but the misguided belief that African-Americans are 'more criminal' and 'unethical' than other ethnic groups.

The prisons and jail cells of this nation aren't just occupied by African descended people alone. But it's just us who are saddled with the air of criminality and frankly, we are beyond sick and tired of it.

So next time white peeps, when y'all want to commit crimes, take responsibility for your own criminal behavior and leave us out of it.
Posted by Monica Roberts at 12:00 PM

It was Charles Stuart, not John.