John McCain Done Told Me So! 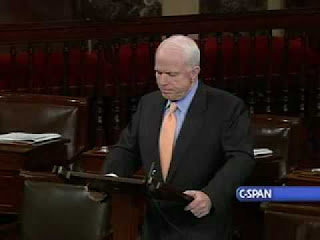 We are clearly losing the war in Afghanistan, and there is a good possibility that Iraq will slip first into chaos and then into the hands of Iranian Shiite clerics. How could we lose the war? How could the greatest nation on earth, with the most sophisticated weapons and a professional army lose?

Simple: Because of the gays. I know, 'cause John McCain done told me so. 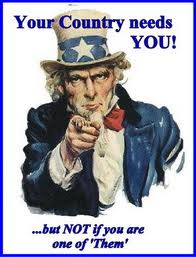 Gays break up unit cohesion, out gays create sexual tensions that distract from battle. Gays sap morale out of an army, weaken the resolve of fighting men.

How do I know? 'cause John McCain done told me so.

Now, all of you liberal tree hugging Obama-Socialist sodomitic Al Gore acolytes like HRC and that gay and lesbian servicemen's advocacy group or dating service or whatever are going to tell me that our military gays are safely closeted where they cannot do this kind of damage. Well, they aren't that closeted; they seem to be out all of the time since they are getting thrown out for being gay and we know that the military isn't doing witch hunts.

How do I know? John McCain done told me so. 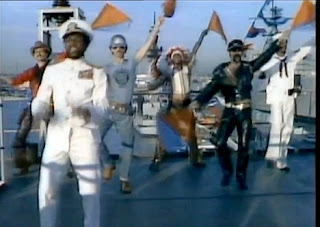 But, that said, the biggest factor, the greatest danger and contaminant to our brave fighting men and women, the Christian Crusaders of the 21st century, isn't our gays, who remain closeted or we sweep their contagion out of the purified army of Christ. No, the real danger is those nations' forces who have real, honest to god out lesbians and homosexuals serving shamelessly and creating tension every time that their "social experiment" armed forces and our brave, real military men and women are tragically forced to work together. When that happens, their weakened, sex laden and perversion driven hopefuls for a Village People video infect our armed forces with their malaise, their unit division and their poor morale and combat readiness. It has to be so, there could be no other outcome from that kind of contamination.

How do I know? John McCain done told me so. 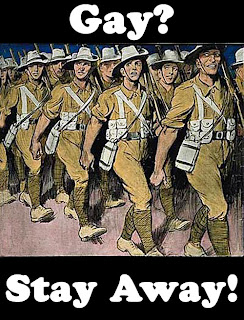 We must face two choices. Either we pack up and leave both nations to the armed forces of Sodom and Gomorrah or we inform our 'allies' that they must leave, and immediately. They must swish their way out of the war and let REAL, straight, Christian American men and women do battle against the forces of evil. Because, for as long as out armed forces are exposed to theirs, we cannot triumph, we cannot succeed and our military might will just wither like an aging Senator's phallus after the Viagra runs out.

We must act, and now, for every day, every hour that passes that we expose our own outstanding forces to these weakening and malicious influences, these GAYS, our potential to defend our nation turns to dust and we risk the Afghani desert looking like the Arizona desert, filled with headless corpses.

John McCain done told me so.
Posted by Monica Roberts at 12:00 AM