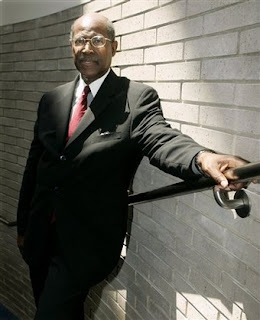 One of the people I eagerly read who has influenced much of the way I see things politically is political scholar and expert on African-American politics Dr. Ronald W. Walters.

I've posted and quoted Dr. Walters Principles of Black Leadership on numerous TransGriot posts over the years but really hadn't gone into depth about just how farsighted he was and how much his ideas have become part of mainstream progressive policy.

Just to satisfy your curiosity about what those principles are, let me kick 'em to you one more time:

"The task of Black leadership is to provide the vision, resources, tactics, and strategies that facilitate the achievement of the objectives of Black people.

These objectives have been variously described as freedom, integration, equality, liberation, or defined in the terms of specific public policies. It is a role that often requires disturbing the peace. And we constantly carry on a dialogue about the fitness of various leaders and the qualities they bring to the table to fulfill this mission."

Two of his ideas which were considered radical back in the day such as comprehensive health care and a proposed two-state solution to the Israeli-Palestinian problem, are now mainstream progressive political thought. 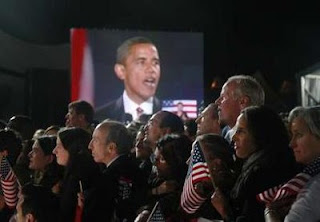 He predicted in his 1987 book 'Black Presidential Politics in America: A Strategic Approach' how and what a Black presidential would have to do to get elected. He was the intellectual guru behind the formation of and early coalescence of the Congressional Black Caucus in 1970 and was on the Rev. Jesse Jackson, Sr. 1984 presidential campaign team.

In 1958 as an NAACP youth member in his hometown of Wichita, KS he pioneered and took part in a demonstration tactic that would later become famous in Greensboro, NC two years later, the sit-in.

In 2003 he predicted a resurgent white conservative movement in his book "White Nationalism, Black Interests: Conservative Public Policy and the Black Community."

In a January essay, Dr. Walters had this to say about President Obama's record in the face of criticism from the left and the right.

"I think that the pundits and the public should face up to one fact," he wrote. "The mess that President Barack Obama inherited will not be fixed in one year, or two or possibly even during his entire term.

"The media works on a timeframe of instant results. . . . If George Bush had been as criticized and interrogated as much as Obama, perhaps the edifice of problems that now challenge the very viability of America might have been stopped."

"As an academic, journalist and crusader, he was in the tradition of W.E.B. DuBois," writer and civil rights leader Roger Wilkins said Saturday. "He was a man who used his intellect and wisdom to make this a fairer and culturally richer country than the one we were born into."

Dr. Walters was one of my intellectual role models. He will be missed by those of us in the African-American community and the progressive political side.

Rest in peace Dr. Walters.
Posted by Monica Roberts at 1:01 AM