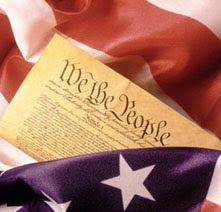 As someone who keeps a copy of the United States Constitution next to her computer and unlike the Tea Klux Klan knows what it means, I am familiar with the text of the First Amendment and the 26 others that make it up as well.

Congress shall make no law respecting an establishment of religion, or prohibiting the free exercise thereof; or abridging the freedom of speech, or of the press; or the right of the people peaceably to assemble, and to petition the Government for a redress of grievances

Freedom of speech is one of the cornerstones for a democratic and free society, along with some of the other things the First Amendment mentions such as freedom of the press, freedom of assembly, petitioning our government for redress of grievances and freedom of religion.

But in this post I'm going to focus on freedom of speech.

One of the distressing trends I'm noting in 21st century discourse is the fact we have too many people that interpret free speech as 'I get to say whatever I want and you STFU.'

While many of the peeps who have that attitude are the unwashed Faux News watching masses, I'm seeing it manifest itself at times in the progressive community as well, probably as a frustrated reaction to all the corrosive negativity spewed at us by the conservative movement. 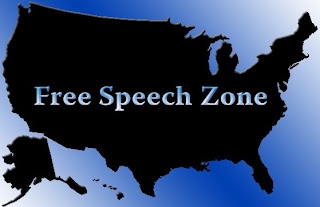 Problems arise when one side tries to articulate their views and at the same time tries to stifle the other side's ability to express a countervailing viewpoint.

What has also been happening is that we don't have a set of common facts or ground rules people who are liberal or conservative can agree on. You can have and argue your positions, but you are not entitled to have your own facts, and then get all huffy when I call you on it.

I have a major problem with hate speech. I have seen far too often in American and world history hate thoughts leading to hate speech which leads to hate actions by the majority group against a minority one. It's something we must be vigilant about because as much as I hate it, the Constitution for now still protects it.

With free speech comes responsibility as well. Democracy requires the free flow and honest exchange of ideas. Both sides need to be heard so that both feel as though they had a fair chance to express their thoughts about the issues of the day.

And it has the added benefit of hopefully keeping the drama to a minimum.