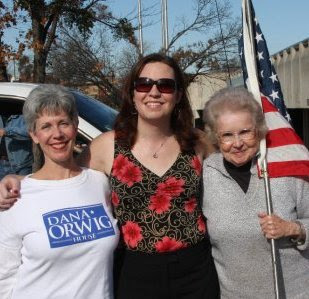 When it came to this Oklahoma state legislature race Brittany Novotny was running against homophobic Rep. Sally Kern, I felt that if it were close, Brittany looked like she was building a lead, or was running away with it, out would come the transphobia.

Well, one of those three conditions must be occurring in the Oklahoma legislative race, because the transphobic hate is flowing from the alleged 'christians' in the Kern camp.

In an e-mail to OCPAC members on Sept. 7, 2010, Charlie Meadows, OCPAC founder, personally attacked Rep. Kern’s opponent, Brittany Novotny, calling her “a confused ‘it’” and accused Novotny of having “hatred toward God.”

In addition to attacking Novotny, Meadows also raised questions about the character of Oklahoma voters. 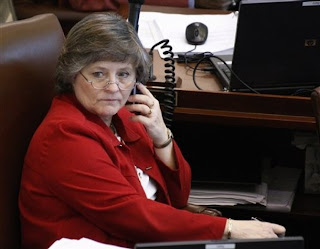 “In November, we will see which set of values the voters in HD 84 care most about,” Meadows said. “Remember, all elections are first about the quality and character of the voters.”

Novotny said she believes this election should be about solutions—not personal attacks.

“If Rep. Kern and her allies spent as much time focusing on Oklahoma’s future as they seem to spend worrying about my past, maybe we could keep teachers in the classroom and rebuild our crumbling infrastructure,” Novotny said. “This type of personal attack is what Oklahomans are tired of, and it shows why Kern and her political allies continue to be out of touch with mainstream Oklahoma values.”

Novotny said statements claiming she has “hatred toward God” are ridiculous. Novotny attends services at United Church of Christ.

OCPAC is a state-level political action committee led by Charlie Meadows, who founded the group in 1999 after meeting for several years with friends in a group called “the Right of Rush Bunch.” Since 2006, OCPAC has made a concerted effort to defeat moderate Republicans it believes to be “Republican in Name Only.” OCPAC has contributed $2,250 to Rep. Kern in the last two election cycles, and voted her their “Outstanding Lawmaker of the Year” in 2005.

Y'all know what to do. Help Brittany win and drop a buck or two toward her campaign. If you're fortunate enough to live in her district, vote for her on November 2.
Posted by Monica Roberts at 7:30 AM