The Team USA women ballers are now in Europe gearing up to play in the FIBA Women's World Championships which start in the Czech Republic September 23-October 3. Bad news for FIBA women's basketball world, Team USA hasn't forgotten what happened in the 2006 FIBA worlds in Brazil.

Since the WNBA Finals are over, Angel McCoughtry, one of the best women ballers on the planet, is about to join the FIBA world number one ranked USA womens team along with Sue Bird and Swin Cash. Maya Moore is already on it and lighting people up and she's just a college senior.

Team USA is playing in a warm up tournament in Salamanca, Spain today and Saturday with Australia, Spain and one of their Group B opponents in Senegal.

Speaking of number one teams, lets see who made it to the top of the rankings for our illustrious SUF award this week. 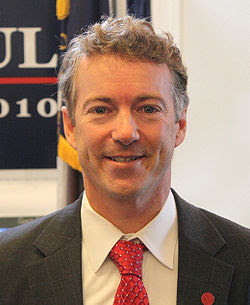 There was a bumper crop of fools standing out this week. Beck, O'Reilly, Palin number one with a bullet and rising is Delaware tea bagger queen Christine O'Donnell, Rep. Mike Castle and Dinesh D'Souza were considered.

After running around Kentucky spouting rhetoric that politicians are chicken for not telling you what they plan to do when they're in office, he then hypocritically states that he won't reveal his plan for how to balance the budget and pay for the Paris Hilton tax cuts until after the election.

Rand Paul, shut up fool!
Posted by Monica Roberts at 7:00 AM