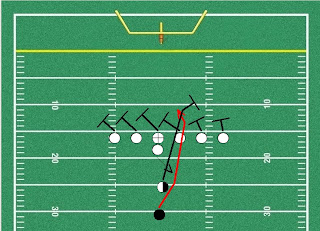 I'm a football fan and this is my favorite time of the year.  I'm awash in football games at the high school, college and professional levels from Thursday to Monday night.

While watching the TCU-SMU game last night it reminded me of of the TBLG rights struggle and how the gaining and losing of progress was in a way like the game I was perusing on TV.

You may have plays in which you go for the bomb and connect for big yardage or a touchdown.   You may have your quarterbacked sacked or your running back stuffed for negative yardage.   You may gain five or six yards on the next run or pass play. 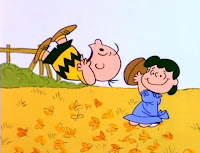 And you have to watch out for backstabbing allies who while holding the civil rights ball for you to kick it like Lucy in the Peanuts cartoon does for Charlie Brown, pull it away at the last second.

But as long as you and your team are making forward progress toward the opposing team's end zone to score, it's a positive and wonderful thing despite the setbacks at times.

Basically, that's my generation's job to pick up where the last one left off and move the civil rights football toward the end zone of freedom, fairness and equality.   We have a formidable opponent in terms of the  Forces of Intolerance squad.  They will use every dirty defensive trick in the book to keep that freedom touchdown from happening.   We are going to lose yardage on some plays while others will result in huge gains.   But the focus should always be we not only build a winning team, but stay focused and even more determined to score that winning touchdown for the Civil Rights team.

Sad to say it, but let's get real for a moment.

There may be many of us who toil in Equality Football League play for decades and never get to play in that Equality Super Bowl championship game.

Some of us may not be alive or will just be cheering from the stands when we see the day that full equality is reached.   But that shouldn't stop us from while we still have the energy to do so fight to advance the ball down the civil rights football field so that the next generation has less yardage to travel to get to the end zone for that winning touchdown.