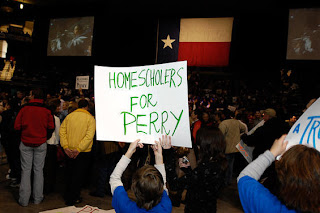 Leave it to the Texas Republican Party, those paragons of 'proven conservative leadership' to author a 2012 platform that makes its previous odious ones look 'librul' in comparison.

The planks in the 2012 document contain calls to repeal the 1965 Voting Rights Act, oppose the Employment and Non-Discrimination Act (ENDA) and the usual hate on the gays language while noting that every Lone Star State Republifool is obligated to carry out this platform.


On the Voting Rights Act:

We urge that the Voter Rights Act of 1965 codified and updated in 1973 be repealed and not reauthorized.


On their opposition to ENDA:

We oppose this act through which the federal government would coerce religious business owners and employees to violate their own beliefs and principles by affirming what they consider to be sinful and sexually immoral behavior.


The Hate the Gays plank:

We affirm that the practice of homosexuality tears at the fabric of society and contributes to the breakdown of the family unit. Homosexual behavior is contrary to the fundamental, unchanging truths that have been ordained by God, recognized by our country’s founders, and shared by the majority of Texans. Homosexuality must not be presented as an acceptable “alternative” lifestyle, in public policy, nor should “family” be redefined to include homosexual “couples.” We believe there should be no granting of special legal entitlements or creation of special status for homosexual behavior, regardless of state of origin. Additionally, we oppose any criminal or civil penalties against those who oppose homosexuality out of faith, conviction or belief in traditional values.


But the one that caught my attention as the child and godchild of teachers is this eye popping one opposing the teaching of critical thinking skills.

We oppose the teaching of Higher Order Thinking Skills (HOTS) (values clarification), critical thinking skills and similar programs that are simply a relabeling of Outcome-Based Education (OBE) (mastery learning) which focus on behavior modification and have the purpose of challenging the student’s fixed beliefs and undermining parental authority. 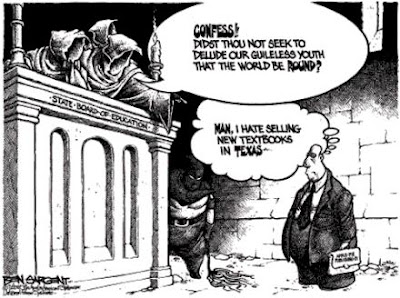 Oops, can't have those kids learning how to think for themselves and becoming Democrats or (gasp) 'libruls'.  That would stymie our conservaefforts to modify their behavior and turn them into good little gun-toting faith-based creationism believing gay baiting conservafools.

And some of you peeps on the left ignorantly believe there's no difference between Democrats and Republicans.   Really?  Wake the frack up.