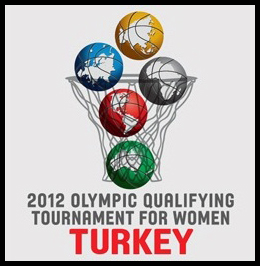 It's probably not the way they envisioned spending Canada Day, but they will be glad to take the court tomorrow with a final chance to dribble their way into the London Olympic women's basketball tournament. 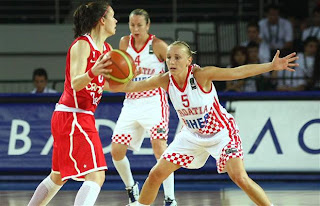 After a tough quarterfinal 59-56 loss to Croatia that dropped them into the win or go home knockout semifinal games today, Canada defeated Argentina 58-41 today to reach the final game at the FIBA Women's Olympic Qualifying Tournament being contested in Ankara, Turkey.

Their opponent will be Japan, who knocked off their fellow FIBA Asian Zone rival Korea 79-51 to advance to tomorrow's pressure packed game for the final Olympic women's basketball berth.

Good luck ladies and don't sleep on Japan.   If you do your next chance to play basketball on the Olympic stage won't occur until 2016 in Rio.
Posted by Monica Roberts at 5:00 PM