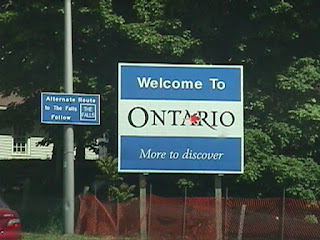 Transpeople in Ontario may be on the verge of an historic event today when Bill 33, known as Toby’s Act has its third reading today.

It has already unanimously passed its second reading back in May and has support at Queen's Park from all three parties.

New Democratic Party MPP Cheri DiNovo is the author of the private member's bill and has tried three previous times since 2007 to get Toby's Act passed.

Thanks to DiNovo's determined efforts to make it happen, lobbying from local trans rights groups,that helped build tri-party support, Toby's Act may finally be on the verge of happening for the trans community of Ontario in its fourth attempt of passage.

Toby's Act will amend the Ontario Human Rights Code to add gender identity and gender expression language to it should it become law.   It would also make the province of Ontario the second jurisdiction in Canada after the Northwest Territories in which trans people have full human rights coverage. 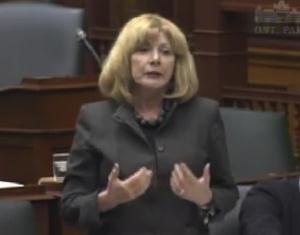 “This is absolutely historic. This will be the first jurisdiction in North America outside the Northwest Territories to have included trans people as full citizens truly and given them human rights along with everyone else,” MPP DiNovo said on Tuesday.

“The time has come. Hats off to the trans lobbyists who been working on this for years and years,” she said of the bill known as Toby’s Act, after the late musician Toby Dancer, who led the gospel choir at Emmanuel Howard Park United Church where DiNovo ministered.

It would definitely be a welcome development for trans people in the Great White North and especially those in Ontario, and if it does happen, your trans cousins south of the border will be celebrating right along with you.
Posted by Monica Roberts at 6:00 AM