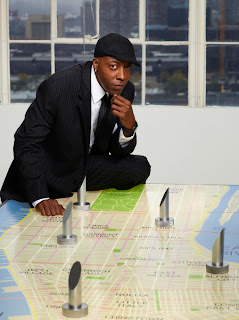 Boring late night shows, your days are numbered.   I'm extremely happy to hear that Arsenio Hall is coming back to reclaim the late night throne he once occupied in the late 80's-early 90's

Late night television hasn't been the same since Arsenio left the scene in 1994 and has regressed to the monoracial state of affairs that existed before he shook up late night with his highly rated syndicated show.

Hall's show debuted in 1989 and was a surprise hit that had crossover appeal, elected a president, won an Emmy Award and was a hip, cool venue that was the launching pad for many of the chart topping artists of the 90's

"In the end I'm a comic, and nothing fits the talk-show mode like a stand-up comic," Hall told the Los Angeles Times. Referring to the crowded field in late-night TV that includes "The Daily Show With Jon Stewart" as well as traditional venues such as "The Tonight Show With Jay Leno" he said : "I know there are a lot of shows, but I think there's a space for my show."

The yet untitled show would be broadcast at 11 PM and reports are that 17 stations, including WGN-TV in Chicago and KTLA-TV in Los Angeles are already on board to carry it.  Those stations, plus six major-market CBS-owned outlets and seven from station group Local TV LLC, will give Hall instant access to more than half the country and a shot at replicating the success he had in the 90's.

So starting in September 2013, get ready to check out Arsenio Hall Show 2.0