Who Is Woman Enough to Participate in the Olympics? 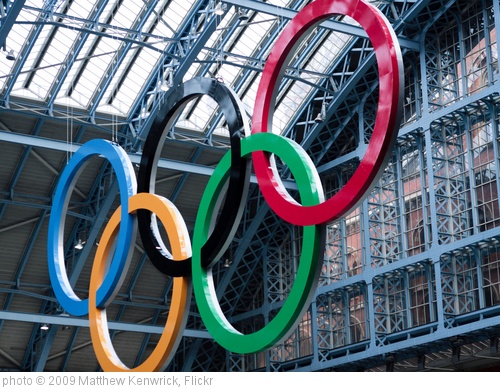 We have all become accustomed to the drug testing athletes must undergo to ensure that their performance has not been enhanced. Female athletes however are subjected to a new form of gender based policing based in the idea that someone have a natural biological advantage because of things like hormonal imbalances.

There are some who believe that this amounts to an unfair advantage ever as it encourages gender policing that is harmful emotionally to girls and women.


Caster Semenya, the South African runner who was so fast and muscular that many suspected she was a man, exploded onto the front pages three years ago. She was considered an outlier, a one-time anomaly.

But similar cases are emerging all over the world, and Semenya, who was banned from competition for 11 months while authorities investigated her sex, is back, vying for gold.

Semenya and other women like her face a complex question: Does a female athlete whose body naturally produces unusually high levels of male hormones, allowing them to put on more muscle mass and recover faster, have an “unfair” advantage?

In a move critics call “policing femininity,” recent rule changes by the International Association of Athletics Federations (IAAF), the governing body of track and field, state that for a woman to compete, her testosterone must not exceed the male threshold.

If it does, she must have surgery or receive hormone therapy prescribed by an expert IAAF medical panel and submit to regular monitoring. So far, at least a handful of athletes — the figure is confidential — have been prescribed treatment, but their numbers could increase. Last month, the International Olympic Committee began the approval process to adopt similar rules for the Games. [source]

Essentially, these tests and probes are meant to define what constitutes woman.  Even if a woman has always identified as female and lived her life as a woman,  simply a complaint to the IAAF is enough to force her to endure a battery of tests and treatment that she may not want or need, to be deemed suitably female enough to be able to compete.  This is beyond intrusive and amounts to cissexist gender policing.


The moment we begin to define gender strictly through biology, we limit the definition of what it is to be 'woman'.  It has also not escaped my notice that this is something that is only happening to female athletes.  No one is looking at men for supposed feminine characteristics largely because anything considered female is not socially understood to benefit men.  We know for instance that women have a lower center of gravity and this could come in handy in sports like gymnastics or even diving, but no one is on a mission to ensure that men are suitably masculine enough to perform.

This policy comes down to policing gender and more importantly, policing womanhood. This standard that has been created will effect all women.  We already live in an extremely cissexist world and trans women are subjected to all manner of abuse daily.  Subjecting female athletes to this test suggests that there is only one true standard for womanhood and failing to meet that marks one as "other."  It encourages people to question someone's gender even when they are clearly identified as female and will give rise to more cissexism.

Woman is a broad category and any attempt to narrow it is an assault on all women.  No one should have to be subjected to invasive testing and medication that they don't need for their bodies to function naturally to run in a race, dive or participate in any sport.  This testing is divisive and any athlete who agrees with this testing to me is only worried about taking home a medal at any cost.
Posted by Monica Roberts at 12:00 AM