The Most Interesting Man In The World: On Conservafools 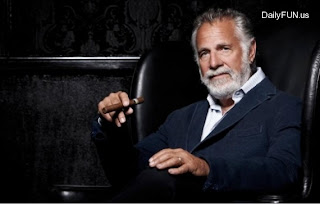 In the States we have these Dos Equis beer commercials that have been airing since 2006 with actor Jonathan Goldsmith playing 'The Most Interesting Man In The World'.

It's become an Internet meme here, and I pondered what the Most Interesting Man In The World would have to say when it came to discussing conservafools?

Let's play shall we?

I don't always like being ruled by conservafools, but when I do I vote the bums out.

Vote in November my friends
Posted by Monica Roberts at 12:00 PM