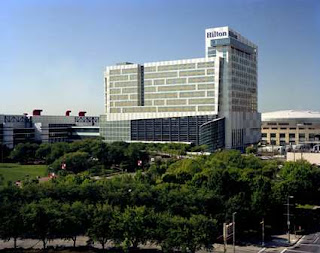 Attended a meeting last Thursday along with other leaders of the Houston rainbow community in which we heard some exciting news.


The Houston LGBT community has long been more than a little peeved about Creating Change going to the third largest city in Texas twice and we were excited to hear that the Task Force's Sue Hyde and Russell Roybal were on our end of I-45 for a change last Thursday.

They were conducting a site tour and inspection of the Hilton Americas Hotel to consider it as a host hotel for the 2014 Creating Change Conference that is produced and sponsored by the National Gay and Lesbian Task Force.

The Hilton Americas is downtown right next door to the George R. Brown Convention Center with Discovery Green Park right across the street from the hotel and the Toyota Center on the opposite side of it.
.
The last Creating Change I attended was the 1999 one held in Oakland and I have some fond memories of it.  I also highly recommend attending a Creating Change to anyone who wishes to get better at the LGBT activism game or learn about the rainbow community in general because it strives to be a 'one stop shop' for activism.  It's also been since its start in 1988 one of the more diverse conferences in the TBLG community with programming covering everyone from ages 18-80. 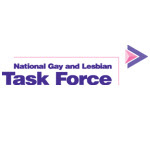 I definitely wanted to be in the room for that meeting at the Hilton Americas Hotel and hear firsthand about our chances for landing one of the premier GLBT community events.  To let you know how much our city wants it, there were three representatives from the Houston Convention and Visitors Bureau in the meeting to plead my hometown's case for bringing Creating Change here. 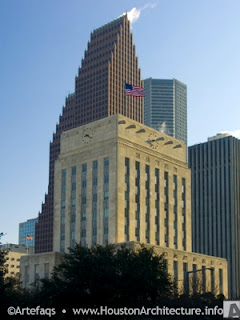 Ms. Hyde shared with us that Houston has been on the Task Force radar as a potential host city for years, but lack of a big enough for their purposes convention hotel was one of the stumbling block issues keeping my hometown from hosting the event.  That has been rectified with the 2003 opening of the 1,200 room 24 story tall Hilton Americas-Houston hotel.

It has 30 meeting rooms, two ballrooms with one being 40,000 sq feet in size. It is also connected to the George R. Brown Convention Center via two skybridges if additional exhibit space is needed.

Houston is the largest city to be governed by an openly gay mayor, something that the Houston rainbow community is very proud of since she started as a community activist and was chair of the LGBT Caucus.   There was the desire to have Creating Change here while Mayor Annise Parker is still at City Hall.

Mayor Parker as a back in the day 1994 Creating Change attendee also supports it coming here as well. 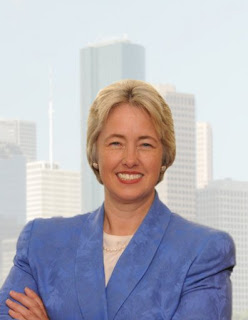 For that to happen and for her to be doing a keynote speech welcoming the attendees of a potential Creating Change to Houston, she would have to survive another civic election cycle in November 2013 for her third and final term

The final decision on the 2014 Creating Change host city will be announced sometime in July, and I and the attendees of the Thursday meeting were happy to hear there is a strong possibility that people might be coming to Houston in January 2014

And if it does, you'll see a smiling TransGriot and many of our Houston rainbow community folks ready and willing to welcome you to our hometown and show you our legendary Texas hospitality.

I'll also tell you where some of the best places are for barbecue in Houston if you do.