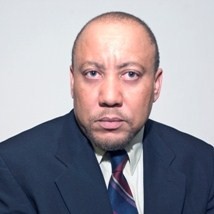 When Sen Tom Harkin (D-IA)  convenes the Senate committee hearing on ENDA later this morning, one of the five people sitting at that table will be making some trans history when that happens.

Founding Trans People of Color Coalition (TPOCC) Executive Director Kylar Broadus will become the first transperson ever to give federal testimony at a US senate hearing when the ENDA hearing before the Senate Health, Education, Labor & Pensions Committee convenes at 10 AM EDT in Room 106 of the Everett Dirksen Senate Office Building..

In 2009 there were no trans witnesses in the Senate ENDA hearing, but Vandy Beth Glenn gave testimony in the US House ENDA one.

Kylar is also a living embodiment of what I'm talking about when I say we have trans people of color who are more than capable of providing visionary leadership in the rainbow community and it's past time that fact was recognized.


Can't think of a better person to represent our community at the table and hopefully I'll get to see the hearing on C-SPAN.

I'll post the hearing video here once it archives from the committee website.
Posted by Monica Roberts at 12:00 AM