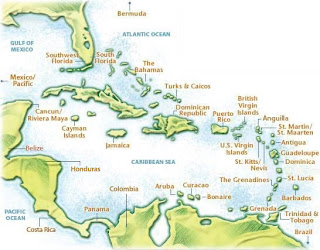 The Coalition of Lesbian, Gay, Bisexual, Transvestite, Transsexual, Transgender and Intersex (LGBTTTI) Latin American and Caribbean organizations (The Coalition) is calling on all Caribbean states to implement the Organization of American States (OAS) Resolutions on human rights, sexual orientation and gender identity.


During the 42nd General Assembly of the OAS which took place in Cochabamba, Bolivia June 3-5, 2012 a fifth resolution “Human Rights, Sexual Orientation and Gender Identity” was adopted. A result of long term advocacy of the Coalition, the resolution includes all the issues contained in the previous resolutions which call on Member States to introduce measures against discrimination and human rights violations and to implement public policies.
Additionally, the resolution requests that the Inter-American Commission on Human Rights (IACHR) “prepare a study on legislation and provisions in force in the OAS Members States restricting the human rights of individuals by reason of their sexual orientation or gender identity and to prepare based on that study, guidelines aimed at promoting the decriminalization of homosexuality.”
According to the Coalition “indifference, omission and complicity by many states in cases of discrimination and violence against the LGBTTTI community make those more severe and limit the enjoyment of the basic needs of our communities.” The Coalition noted that this situation is even more serious in the case of legislation in 11 Anglophone Caribbean nations.   The Coalition contends that in the Caribbean:

• 11 countries still criminalize consenting adult same-gender intimacy;
• two countries ban entry of gay people,
• one country imposes life sentences for consenting adult same-gender intimacy;
• homophobia contributes to the region having the second highest HIV and AIDS prevalence and incidence rates;
• there are no protections for domestic violence committed against LGBTTTI persons by their intimate partners or their families; and,
• Lesbian and bisexual women and invisible from any government data produced in the Caribbean.

With this in mind the Coalition states that Caribbean countries must adopt the fifth resolution of the 42nd General Assembly of the OAS and condemn all forms of human rights violations against the LGBTTTI community, as well as take immediate steps to end all forms of discrimination against this vulnerable group.
Posted by Monica Roberts at 12:00 AM