Leave Isis Out Of Your War With GLAAD, Ashley 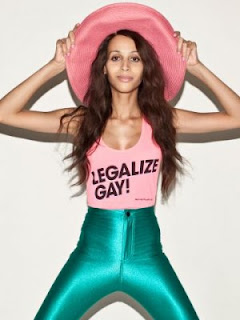 TransGriot Note: In the interest of full disclosure, GLAAD was a major help to me when my A Look At African American Trans Trailblazers article was published by EBONY.com back in March.

Ashley Love claims that Isis wearing the 'Legalize Gay' shirt misgenders her as a trans woman.

“GLAAD fights the good fight for us many times, yet this time they’ve irresponsibly made a decision that appeared to not consider the confusing messaging that the ad could send to the public. They inadvertently went against their mission statement by validating the transphobic misconception that Isis and other women like her are “gay” males, instead of who they really are - women, period. The constant misgendering of women of transsexual experience by GLAAD and other ‘LGBT’ groups derails accurate education on transsexualism and must stop.”

However, Love in her zeal to stick it to GLAAD, an organization she's had personal issues with over the media guide, has missed a few important points here. 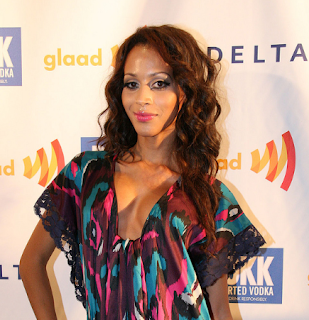 It may be news to Ms. Love and her colonized 'true transsexual' zealots, but there are transwomen who do identify as lesbian, so the 'Legalize Gay' and 'Gay OK' shirts that Isis is wearing in the ads would be apropos for them.

Isis is also known around the planet as a proud African descended transwoman and she is a hetero one at that.  No chance of anyone confusing her as a 'gay man' unless it is someone deliberately being disrespectful of her femininity or who has an agenda.

It is also apropos for Isis as a trans human rights warrior and an ally to the rainbow community to wear the shirts depicted in the ads.

I've also had numerous opportunities to talk to Isis, hear her thoughts concerning the American Apparel ads you seem to have a problem with, have done a Ten Questions interview with her and know she sees the big community building picture much clearer than you and the people you pal around with.

Oh yeah, an African-American trans model being in this American Apparel campaign that is raising money for the organization is a Big Fracking Deal.

Isis also said this in a tweet yesterday concerning the faux controversy:


F.Y.I. I did the American Apparel Campaign as a model and as a ally to the gay community. I by no means misrepresented being a Transwoman. 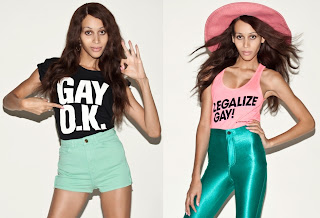 No, you didn't Isis.  You haven't in any of the media opportunities you've done for the trans and rainbow communities from print and television interviews to ANTM.  But since when did facts matter to TS separatists?.


Ashley, since you want to call out misgendering issues for women, why don't you get busy calling out the Black gossip blogosphere and blogs such as Bossip and Sandra Rose who have a long negative history of misgendering cis women by using transphobic slurs to do so?  .

Umm hmm, that's what I thought.