Fans Gearing Up To Save GCB 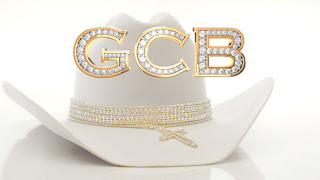 I wrote about how much I loved the backstabbing faith based antics of the ABC show GCB, which is based on the Kim Gatlin novel and set in the fictional Dallas enclave town of Hillside Park.

Was disappointed when ABC announced they would not be renewing the show, but the fans of this creating from the same writers who penned Sex In The City had other ideas.

A Save GCB effort has started with a website and online petition drive that has garnered 100,000 signatures.  In addition a campaign to sell out the just released first season DVD of the show has also been launched (and I'll have get my copy of that along with Scandal)

I loved the show, and the season finale has some cliffhangers in it I'd love to see explored and resolved in a Season 2.  Carlene discovers that Ripp has a Latina daughter named Lucia as her dream of her Condos for Christian Living in unincorporated Juarez, Mexico was a disaster.   Amanda and Luke's relationship is on hold after she discovered that he lied to her about being in Austin when he was in fact down in Mexico investigating whether Lucia was actually Ripp's daughter.

Speaking of relationships, Cricket and Blake's marriage may be tested because Blake may be about to be yanked out of the closet.   After Amanda put hers on hold with Luke for lying to her, she drowns her sorrows at a Mexican bar and ends up in a kiss with Pastor Tudor..

We'll see if the fan effort to save GCB is successful and if we get to see the resolution of those cliff hangers next television season.
Posted by Monica Roberts at 12:00 PM