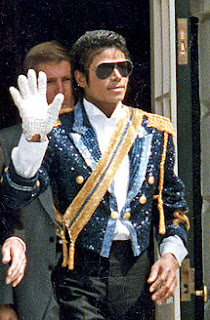 Been three years ago today since the news broke about Michael Jackson's shocking death in Los Angeles.  This celebrity death hit me pretty hard since I had a personal connection with it.

I'd had the pleasure of meeting him and his brothers during a 1973 tour stop in Houston and like a lot of kids who grew up during the 70's I was a huge Jackson Five fan.


You can also go back in the Womanist Musings radio show archives and check out what me and Renee had to say at the time about the King of Pop's death.

RIP King of Pop, you are still missed.