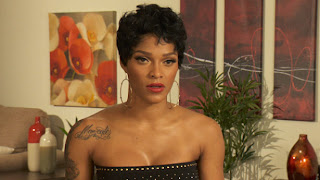 I've never liked the Black gossip blogosphere for more than a few reasons, but the overriding one is the rampant transphobia in their ranks and the comment sections of those blogs.

There have been more than a few times I've called them out about their transphobic attacks aimed at their fave punching bag Wendy Williams, and went after Sandra Rose when she posted her ignorant comments concerning Kye Allums.

Now they are aiming their transphobic animus at Joseline Hernandez of the VH1 series Love and Hip-Hop Atlanta.   While it's not one of the shows I watch since I'm not a 'reality' show fan, what has gotten my attention is the loud 'that's a man' chatter being aimed at Joseline. 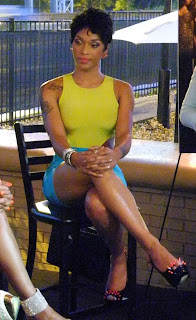 Dayum, here we go again.   Why am I not surprised Sandra Rose's trifling behind and Bossip are front and center in trafficking the transphobia?

Not cool Sandra with the misgendering of Joseline, but then again you never exceed the low expectations I have for you.  Bossip used the anti-trans slur word 'shim' in the title of another post slamming Joseline.


Here's the comment I left at one of the blogs in which the comment threads are gleefully engaging in transphobia.


SMH at the rampant transphobia and ignorance running amok here. A little more or less testosterone in vitro and many of you would be in the same situation as transpeople are.

News flash for you scientifically illiterate folks aiming transphobic shade at Ms. Hernandez.  Women come in all shapes, sizes, body combinations and configurations.   Just because a woman is over 5'7", has broad shoulders and other physical traits considered part of the masculine spectrum doesn't mean she's automatically trans.

I have trans girlfriends who are petite, ultrafeminine looking size 7 shoe wearing divas and cis girlfriends of varying heights and combinations of traits who wear size 12 pumps.You are a blend of genetic material from mommy and daddy, and started your in vitro developmental phase as female, so you are inevitably going to get a blend of gender characteristics from both parents

The other aspect of this transphobic shade being hurled at Joseline I don't appreciate is because it's playing into the 'unwoman' meme deployed far too often against women of color, and especially women of color with non-stereotypical feminine personas or body configurations. 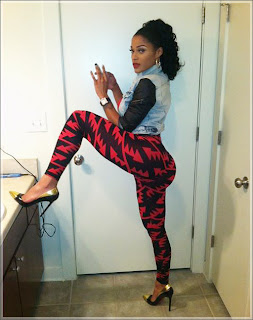 I'm also convinced that the transphobic shade being hurled at her is what prompted Hernandez to tweet the frontal nude photo of herself showing her genitalia in an attempt to 'prove' she was female.


One of the rules I have for TransGriot is that if a person has not publicly declared they are trans, until they do so, I don't publicly speculate about their gender identity or how they express it unless they are causing demonstrable harm to the trans community.

Until Joseline has a press conference, I'in presuming out of respect for her that she's a cis female.

Too bad some of you in the Black gossip blogosphere have gone in the opposite nekulturny direction.

Sandra is a proud Lesbian.....however she does not think that mainstream society should have to pander to the lgbt community. That community wants special treatment and they want to hold everyone that does not agree with their demands hostage. I may not accept the lifestyle however I certainly do not wish harm on anyone that is lgbt.