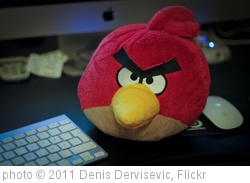 Guest Post From Renee of Womanist Musings that I'm definitely going to have to piggyback on.  But first I need to get over my pissivity for these fools appropriation of the language of the trans community and trans human rights movement to fight our very real societal oppression.

Over the weekend, Sparky introduced me to a few new faux social justice terms that had me absolutely screaming mad.  I have not been able to get them out of my mind and so I warn you, this is going to be a rant.  It all started when he sent me a link to ONTD_Political.


What started as a movement by people who are suffering to try to help those of us who are privileged to understand their struggle has now become a mockery, hijacked by people whose only tangible shared problem could be described — and recognized by anyone with common sense — as social ineptitude.

They sit, watching equal rights discussions, hearing the terminology and logic, and take it for their own purposes. They quote famous activists far out of context to add that elusive air of legitimacy where it just doesn’t exist. By carefully and secretly treating their “fight” as equal to racism, transphobia, homophobia and classism, they worm their way into the real issues and cleverly tilt words designed to protect to disregard those who are at actual risk for losing their jobs and their lives.

Ever hear of otherkin, or otakukin? They refer to people who “identify” as animals or anime characters. I’m pretty open, do whatever you want as long as you’re not bugging me. According to some, though, lack of widespread acceptance of otherkin is contributing to mass otherkin oppression. Oh? Otherkin are being rounded up from their homes and killed? No? Are they being fired from jobs for being otherkin? Not that either, huh? Are they at least being disproportionately arrested and thrown in jail with sentences 60% longer than non-otherkin? Well then what IS going on? They’re… being ostracized on the internet. Oh.

But otherkin and their ilk have been around for ever. Try googling “Final Fantasy VII House.” Pick a time to read when you have a few free hours and a lot of booze. Now, there are newer, even more mockable “oppressions” coming out. You’ve heard of transgender and transsexual, let me introduce you to the new trans people: transabled and transethnic. Transabled people are disabled people hiding out in perfectly working bodies. They “identify” as blind, deaf, paraplegic and quadriplegic despite having never been so a day in their entire lives, and are well-known for talking about how hard it is to want to be disabled but unable to be. Transethnic people are white people who “identify” as a non-white race or ethnicity. They’re weeaboos multiplied by a million, with bonus “I learned about your culture in a book I read once so I know more than you.” [source]

I thought that this was a sick joke, until Sparky sent me a link about a White man who identifies as trans ethnic. He has decided that he is a black woman on the inside. Seriously, you have to read this shit. Despite all evidence to the contrary, he claims to be oppressed by Black women who have the nerve to question his identity.

First, I want to address the idea that they use the word trans in front of their fake identity.  I am a cisgender woman; however, I find this appropriation of the trans experience, so that these people can claim to be marginalized disgusting.  Trans* communities struggle for acceptance and the right to live their lives in the gender that best suits them. From what I understand, the process of both self acceptance and community acceptance is a difficult process and what these people claim to go through is nothing like the daily struggle of being trans* in a cissexist world.  They are not going to be denied jobs, housing and subjected to violence because they are trans ethnic, tran fat, transabled etc,. These people aren't actually transitioning, they are appropriating.


These fake trans people have even come up with a term for the rest of us who don't have their so-called problems - singlets. Apparently, all of us walking around without a desire to appropriate from marginalized people have singlet privilege. As a Black woman, I also have cisethnic privilege because I identify to the racial group into which I was born.  Isn't that just fucking special. This is nothing more than White people wanting to claim that they are oppressed, while showing their damn arse to the world. If you are White, you are not now, or ever have been racially oppressed.  You can't just learn a few words in a language other than English, and read a few books, then declare yourself an expert on someone else's race.  This is beyond the height of arrogance and is the absolute definition of appropriation. The concept of race in a biological sense is most certainly a social construction; however, being a person of colour in a White supremacist world is not an identity that one can just choose. We are all born raced, but races that fall outside of the definition of Whiteness are stigmatized.

They will twist, turn and say anything to justify their fake identities.  In this link, there is actually a comparison between being transabled and being trans*, suggesting of course that they are very similar. These people need to just stop.  No seriously, STOP.  I know that some of these people have Body Integrity Identity Disorder, but sure as shit, there are people who aren't neurologically atypical who believe that they are disabled on the inside.  If they had any sense of what it is to live in pain, or to be denied accommodations, employment, housing, erased from the media, determined to be automatically asexual, infantalized etc., would they really feel like this??  Being disabled is hard and it is not something that should be reduced, so that someone can pretend to be oppressed.

As for you demi-sexuals, stop posting shit about coming out as demi-sexual to your parents.  Do you really believe in a heteronormative world that your folks are going to have a fucking conniption because you prescribe to the most vanilla version of sexuality ever?  Really?  You are not oppressed because you claim to only be sexually attracted to people you have a romantic relationship with.  What you are is vanilla and I don't recall ever seeing an article about a demi-sexual being bashed for being demi, or asked to vacate a public space, criminalized etc,.

And finally to the trans fat people.  I don't care if you think you weigh 1000lbs on the inside,  you can still walk into any clothing store and buy whatever the fuck you want within your class bracket.  You can eat in public without people staring at you.  When you go to the grocery store, people aren't commenting about what's in your cart.  You can wear a swimsuit without someone commenting about how the size or shape of your body disgusts them.  When you go to the doctor, you don't have to hear about how the death fatz is killing you, even as everything else about you is healthy and normal.  In short, shut up!

I wish this was some sort of sick internet joke, but the more I read about these faux trans people, the more I have learned that this has become a serious thing.  It disgusts me on so many levels that it is hard for me to be coherent.  Being marginalized means being oppressed in real and systemic ways.  It's an identity that people don't put on for shits and giggles and something we have to struggle with from the moment we open our eyes in the morning, until we go to bed at night. It means in many cases that we die earlier from the stress of dealing with the oppression we face.  For these faux trans people, this is just some sort of cute game, so that they can pretend to oppressed, engage in fake outrage and further attack us, even as they walk around with all of the privilege in the world. These identities don't belong to you and they never will.  It seems to me that all they want is the good that comes with our identities without experiencing any of the bad -  too bad life just isn't like that.
Posted by Monica Roberts at 9:30 PM