Back To The Future II Day! 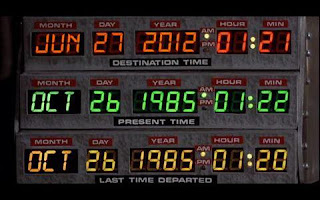 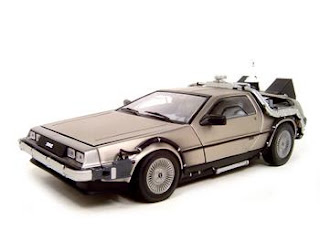 If you watched the Back To The Future trilogy of movies starring Michael J. Fox, remember the panel that was installed in the time traveling DeLorean that told you the departure time and the time you arrived?

While the imagined Back To The Future world of 2012 was on target in terms of the existence of the Miami Marlins and them being a championship caliber team, they have them placed in the wrong league.   And somebody was smoking some good Cali weed to think the Cubs would be World Series champions.

But it also missed on hoverboards, laser discs, fax machines being the preferred method of communication, or Pontiac dealerships still being around.

Another sad one was Queen Diana.  As we all painfully remember 'the People's Princess' died in a 1997 auto accident in Paris and as of yet we don't have a female US president but came close to making that one a reality.

And yep, if we drive anywhere, we'll still need roads to do so since those cool flying cars we've seen in every sci-fi move since the 80's still have yet to be invented.