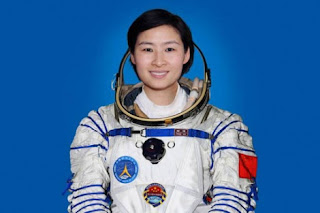 Y'all know I'm a space flight junkie, and I found this piece of news to be way cool.

33 year old PLA transport pilot Liu Yang beat out  14 other female taikonaut candidates and will be part of the three person crew along with male astronauts Jing Haipeng and Liu Wang.

Jing Haipeng, the mission commander will make a little Chinese space history of his own when he becomes the first taikonaut to make a return trip to space.   He was part of the 2008 Shenzhou VI mission in which China's first space walk took place. 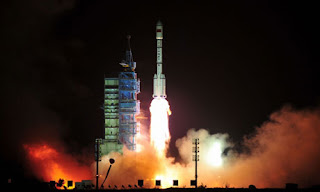 After blasting off from the Jiuquan launch facility they will head to China's Tiangong 1 space station module launched last September to attempt China's first manned docking with it.

Once the docking is completed, the taikonauts will enter the space station module and spend 13 days aloft conducting scientific and technological experiments in the longest mission so far attempted by the Chinese manned spacecraft program.

China would become the third nation after the old Soviet Union and the United States to launch a woman into space using their own equipment.
Posted by Monica Roberts at 7:00 AM