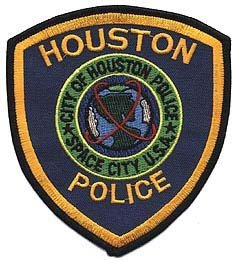 The Houston Police Department has had a long and rocky history at times with the TBLG community.

They have come a long way from the days where harassment was the norm under Chief Herman Short and it took a lawsuit by a transwoman to stop it to transpeople now becoming a part of HPD.

This is a 2009 KHOU-TV interview with Sqt. Julia Oliver, who has the distinction of being the Houston Police Department's first trans police officer.