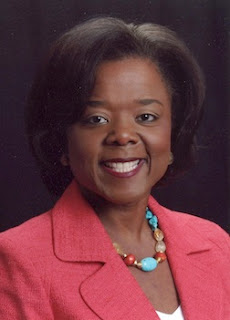 Barbecues, backyard parties, and soul-food jams. Summer is a time for family get-togethers. A time when people all over the world take vacations so they can make memories with close friends and loved ones, but in African American communities only some of us feel comfortable going home.

In our communities, only some of us feel safe enough to be who we are in the company of those who raised us. Only some of us can show up and be all of ourselves all of the time with the people we love most. The pain of moving through our families – closeted, and, in many instances, alienated – is devastating black families everywhere.

Homophobia and the anti-gay oppression it engenders severely limits the extent to which African American LGBT people live out and open lives. In recent years, we have seen significant efforts to undermine black families due to restrictive laws and regulations based on sexual orientation and gender identity. Such laws include the 2008 proposition passed in Arkansas outlawing adoption by LGBT people, even though 21 percent of black LGBT couples are biological parents and 2.2 percent are adoptive or foster parents (2000 U.S. Census).

As America's only nationwide black LGBT civil rights organization, the newly re-imagined National Black Justice Coalition has accepted the charge to lead black families in strengthening the bonds and bridging the gaps between straight and LGBT loved ones and communities.

"Building Stronger Black Families" is the theme guiding NBJC's strategic plan and program development. As a part of our commitment, we focus on eradicating policy-based initiatives that we know weaken our families, our communities, and ultimately, our country.

Specifically, we focus on working in coalition with ally organizations to combat harmful laws that are tearing apart our families. In collaboration with Servicemembers Legal Defense Network, we work to repeal laws like "Don't Ask, Don't Tell" because African American women are discharged from the armed services at three times the rate they serve, due to DADT. Upon discharge, an individual's access to health and retirement benefits are denied and their professional record is permanently marred, affecting their ability to find new work to support their families.

In conjunction with the National Gay and Lesbian Task Force and the National Center for Transgender Equality, we focus on the Employment Non-Discrimination Act because everybody deserves an opportunity to excel in their chosen profession without fear of being punished or terminated due to gender identity or sexual orientation, qualities over which none of us have any control. Racism, homophobia, and transphobia combine to form powerful discriminating forces that prevent LGBT people of color from obtaining and sustaining jobs, which can lead to impoverished conditions for them and their dependents. In a 2007 NGLTF/NCTE national transgender discrimination survey, 35 percent of black transgender respondents were unemployed, which was five times the rate of the general population at the time of the study. ENDA is a federal bill that would prohibit employment discrimination on the basis of sexual orientation and gender identity.

NBJC is partnering with the Gay, Lesbian and Straight Education Network to put an end to bullying in schools because every child deserves to learn in an environment where they feel safe enough to explore their hopes and dreams without fear of being harassed or physically assaulted. Further, every child deserves to have teachers and administrators who will protect them when these incidents are reported. When children are the targets of anti-gay bullying, families that don't receive this level of support and accountability from schools suffer losses like the tragedy experienced by Carl Joseph Walker's mother. Her son hanged himself last year after enduring daily bullying and anti-gay taunts. Carl is one of several suicides of very young children linked to bullying. We will never know what Carl's promise held and his family is forever scarred by his untimely departure.

NBJC is working with a host of organizations through the Civil Marriage Collaborative DC Coalition, in a public education campaign promoting marriage equality in and around Washington, D.C., where 54 percent of the community is African American, and gay and lesbian couples can marry legally.

Polls have repeatedly shown that respondents who know an LGBT person within their family, workplace, and/or social networks have increased support for policies that foster equal rights. Increasing acceptance and respect for black LGBT people within their families and communities is essential to growing support within African American communities for LGBT issues of inclusion and equality, which, ultimately, affect us all.

NBJC is working toward a world where all of us can go home and be all of who we are, authentically and safely, with family and friends, all of the time. We hope that you will support us by participating in action alerts around policy initiatives that help level the playing field for all LGBT people and allies – regardless of race, creed or color.

If you'd like to join our movement to advance the intersection of racial justice and LGBT equality please visit us at http://www.nbjc.org or http://www.facebook.com/nationalblackjusticecoalition.


Sharon Lettman is the executive director of NBJC, which is a civil rights organization dedicated to empowering black LGBT people. Its mission is to end racism and homophobia. Headquartered in Washington, D.C., NBJC was founded on December 8, 2003, by a group of committed and passionate black LGBT people, led by activist, author, and commentator Keith Boykin, who believed there needed to be a strong voice advocating on behalf of black LGBT people.
Posted by Monica Roberts at 12:00 AM