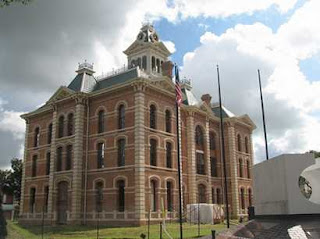 The eyes of Trans Texas and the world will be focused on the Wharton County Courthouse again for the next phase of hearings in the Nikki Araguz trial.

To get you up to speed on what's happening, our political hack of an AG Greg Abbott (Republican) has already refused to do his job and rule on an El Paso County marriage case involving a transperson, citing the ongoing Araguz one as his excuse not to do so.

Methinks it's moreso the fact that he's r running for reelection against Democratic candidate Barbara Ann Radnofsky that's probably playing a major role in his reluctance to do his job as well.

We trans Texans will deal with that issue November 2. But back to what's going to transpire in a few hours.

The issue on the agenda for today is ruling on Nikki's attorney Darrell Steidley's motion on whether Simona Rodriguez Longoria, the mother of Thomas Araguz, has standing to be named executor of his estate in this case. 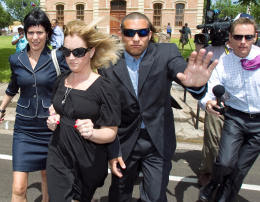 They have also filed a Motion to Dismiss the case as well.

I believe Cristan and some of the TG Center folks will be in the courthouse to lend support to Nikki as well and bear witness to the historic happening in the case.

Know that as soon as I find out what's going on, I'll post it to TransGriot ASAP..
Posted by Monica Roberts at 12:01 AM