You Can't Declare War On Love 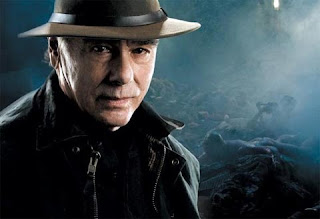 When it was on the air, Battlestar Galactica was one of my fave sci-fi shows and I never missed an episode during its four year run. I own all four seasons on DVD, the "Razor" and "The Plan" standalone episodes as well.

I recently entertained myself on a slow news day by watching "The Plan." The story for you non-BSG fans is that Number One, aka Brother Cavil, hates humanity with a passion. He coordinated along with his fellow Number One avatars the genocidal nuclear sneak attack by the Cylons on the Twelve Colonies that nearly wipes the human race out.

During one scene in it, Brother Cavil is ranting to a Number Six avatar about why his grand plan to exterminate humanity and its remaining 50,000 survivors is failing miserably. Number Six listens, then says to him, "You can't declare war on love."

I was thinking about that comment in the wake of the historic news concerning Prop 8. August 4, 2010, will go down in history as one of those marvelous days in which a marginalized group's flagging faith in the Constitution and their status as citizens in this country was restored, even if only for one fleeting moment in time.

This marriage fight reminds me of that particular Battlestar episode. The gay community takes devastating hits, has had some staggering losses, faces situations in which at times they have been outgunned and overmatched, but yet are still standing and moving towards their ultimate goal of finding marriage equality.

And the Religious Right reminds me of Brother Cavil and the Cylons. 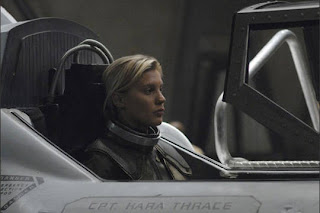 Yes, they have a plan. Their plan is make sure that marriage equality never becomes the law of the land and that the TBLG community remains in permanent second-class citizenship status.

And it ain't working. Not only have the underestimated the resiliency of the GLBT community, but how willing we are to do as Kara Thrace said in another BSG episode, "Fight 'em until we can't."

The Religious Right can't deal with people of the same gender or trans people falling in love and getting married. For specious political and religious reasons they want to prevent that by any means necessary.

They have basically declared war on love.

Gay community, don't forget as you're justifiably celebrating this win, down in my home state we have the Nikki Araguz marriage case percolating at the local level just outside of Houston. 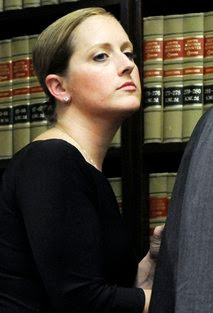 That case, just like Perry vs. Schwarzenegger has the potential to become a landmark legal case that will impact how the law treats transgender marriage issues. It also has the potential to overturn the odious Littleton vs. Prange case, and is being handled by one of our community's foremost legal minds in Phyllis Frye.

As your allies, we could definitely use your support in our trans marriage fight. A win for us in the Araguz case strengthens your case as it percolates up through the 9th Circuit and eventually gets to the Supreme Court.

Judge Walker's decision striking down Prop 8 was a masterful take down of legalized bigotry and long overdue. But rest assured, like the Cylons, the faith based haters will be back in overwhelming force to try to overturn Perry vs. Schwarzenegger.

And like Brother Cavil and the Cylons, they will fail once again.

Because not only are they on the wrong side of the moral arc of history, they will lose because you can't declare war on love.

Crossposted from The Bilerico Project
Posted by Monica Roberts at 6:00 AM