US based transpeople are focused on the court case brewing in Wharton, TX with Nikki Araguz, but we may wish to keep an eye on the other side of the planet as well.

In Hong Kong a transwoman is fighting for the right to marry her boyfriend.

Leona Lo mentioned this case back in November, and it involves a twentysomething post operative Chinese transwoman known only as 'W' according to the BBC report.

Ms. W is fighting legal authorities there who are blocking her marriage.

Transgender marriage is permitted in many European countries and several US states. In Asia, countries that allow transpeople to get married include Japan, South Korea, Singapore, Indonesia, Kyrgyzstan, Kazakhstan and mainland China, according to the University of Hong Kong's Professor Sam Winter, who studies Asian transgender issues.

Despite the fact that Ms. W had surgery a few years ago with government assistance, changed her school documents and her identity card shows she is female, her birth certificate doesn't. Current Hong Kong law isn't allowing her birth certificate to be altered to reflect the person she is now. 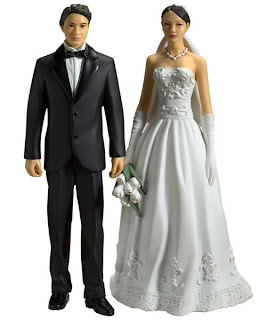 She's taking her case to the Hong Kong High Court with the help of her attorney Mike Vidler. The review by the High Court began Monday and is scheduled to take two days.

He told reporters according to the BBC article, that while the territory had a system supporting people having sex change surgery, it was blocking this woman from sharing the rights of other women.

"We're not trying to change the law and we don't see this case as affecting or requiring changes to any law," Vidler said. "We just want her to be seen as a woman and treated as a woman."

Best of luck to Ms. W and hope she wins her case.
Posted by Monica Roberts at 2:00 AM