A Tale Of Two Flight Attendants 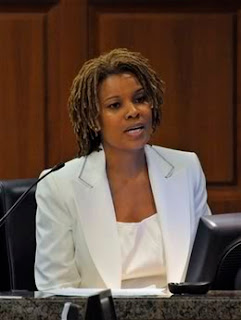 As a former airline employee, I've been following the story of Steven Slater, the JetBlue flight attendant who went off on a still unidentified female passenger.

He shouted obscenities over the PA, grabbed a beer and deployed the emergency slide when the JetBlue flight parked at JFK in a dramatic resignation that earned him a trip to jail and has him facing federal prosecution and seven years in a Club Fed facility.

But what if flight attendant Steven Slater had been Black?

I already know the answer to that question because just five years ago, there was a very different reaction for one of my former CAL co-workers, flight attendant Sharon Brown.

And before I delve into this post, in the interest of journalistic integrity, during my time I worked at CAL I met, worked multiple flights at my gates with Ms. Brown as part of the flight attendant crew and had some long conversations with her at various times.

She had a December 19, 2005 confrontation with Lakewood Church's Victoria Osteen in which she was according to her attorney thrown against a first class lavatory door and elbowed in her breast while Osteen tried to bumrush the cockpit.

And the reason for all that drama? Because Brown didn't in Osteen's estimation clean up a spill in her first class seat fast enough to her liking. 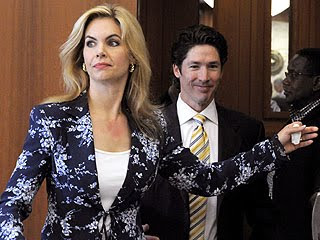 The altercation led to Osteen and her family being asked to leave the flight to Vail, CO and eventually paying a $3,000 FAA fine for interfering with a crew member. A subsequent $500,000 assault lawsuit filed by Brown was later dismissed two years ago this week.

The thing that I'm noticing is the differing reactions to Slater's and Brown's cases. Slater is being hailed as a hero. Brown was accused of 'playing the race card'.

this sharon brown thinks just because she is black she can get her way bull crap if this happen in 2005 then why is she now just cring about it it's 2008 something wrong in this picture and she claims she lost faith and received injurys come on what kind of games is she playing here it's all about money an IM sure she offer marie johnson a small cut if she testfied for her where's the proof of damange and if u lost faith in god don't blame mrs osteen for it she can't make you so brown and johnson just grow up and ask god forgivness and your lawyer has to be an idiot for repesenting you and any one in that courtroom believing ms brown something is wrong with you.should have brown and johnson take a lie detecter test.

Exhibit B The Chocolate City Blog

Denise
Ms. Brown behavior is nothing but that of an opportunistic low life individual trying to reach the fast pace of success through someone else’s hard work. She needs to find a real job!
9:54 PM on 8/13/08

And I'll spare y'all the really vile crap I stumbled across on the white supremacist site Stormfront. 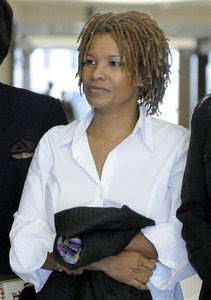 Sharon Brown didn't get a Facebook page with thousands of followers hailing her as a shero for doing her job and standing up to someone with wealth and fame behaving badly. She just got reviled, disrespected, called an opportunist, her sanity questioned and what happened to her on that Vail flight belittled and dismissed.

Slater's case has yet to finish playing out. We still don't know anything else about the female passenger that triggered this incident. I'm curious to see if this mystery passenger is a POC and how that affects the public perceptions of Slater.

But once again, this tale of two flight attendants points out just how much race affects the perceptions of everyday incidents in America.
Posted by Monica Roberts at 3:00 PM